Black metal and the blues. Ugly bedfellows? Yep. But stick Satanism and slavery together in music and you have something rather splendid. Enter Zeal & Ardor. Combining blast beats, raging riffs, and black spiritual music from the era of American slavery, 2016’s Devil is Fine and last year’s Stranger Fruit are both extraordinary and brilliant. And the opportunity to see them performed live is not one to miss.

Six hooded figures take to the darkened stage to the disturbing sounds of ‘Sacrilegium I’. The band in formation, two vocalists flanking mainman Manuel Gagneux, the razor-sharp guitars of ‘In Ashes’ kick in and soon the hellish refrain of “Burn the young boy, burn him good” is scorching the air. Yep, it’s gonna be a bleak one tonight… Soulful croons and three-voice harmonies are juxtaposed with satanic screams, rabid riffs collide with industrial-strength blast beats, and darkness and light merge into a powerful and commanding performance. While on record, the music can feel formulaic – mainly in terms of structure – and the production can be a little dry, on stage the music burns with all the fire of a skinny corpsepainted Norwegian kid with a bullet belt and a box of matches.

The stage dimly lit, the atmosphere is heavy, the performance dramatic and compelling, and the crowd are drawn in deeper as the evening proceeds. What this band could do in a larger venue is more than apparent, but that they can hold a near-capacity crowd enthralled is testament to the strength of the music. Posed with ‘Right hand up, left hand down, Flame on the top and a moon around’, Gagneux and co. close out with ‘Baphomet’ and leave us all entranced. Yep, the devil really is fine. If you haven’t seen them live, you should check out the Live in London album to be released on 22 March. It won’t disappoint. 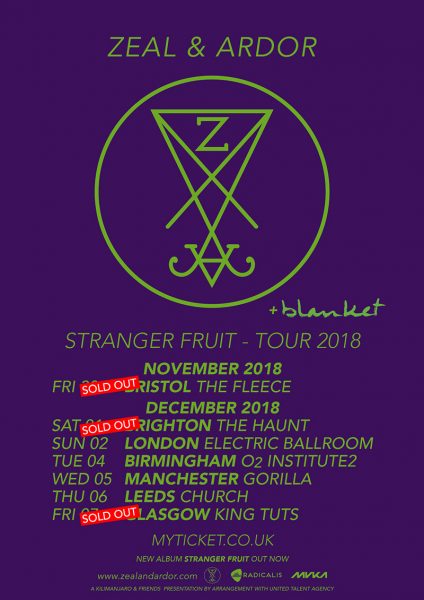