Y&T‘s later albums produced the Top Forty hits and furnished the Ad men with catchy tunes, but these 3 albums, originally released in 1981,2 and 3 – reissued this month in remastered form by Rock Candy Records – are widely considered to be the band’s best work.

Lead guitarist and vocalist Dave Meniketti came late to the party but was the catalyst who transformed the band from a covers only outfit into the street ready, durable hard rock band they became. It’s his intuitive ability to orchestrate the songs, underlining the voice/guitar duets, that gives Earthshaker its momentum and attitude.

The declamatory, arena filling anthems like ‘Knock You Out’ and ‘Hurricane’ are the easiest to point to, but it’s the album’s two lightning bolts of melodic rock brilliance that elevate this album – ‘Rescue Me’ and ‘I Believe In You’. The first extricates a fiery crie du coeur from a delicate, acoustic beginning and the second, an emotive ballad, ‘I Believe In You’, does what 99% of chest beating AOR ballads didn’t do, it makes an emotional connection. If Carlsberg did rock ballads etc etc …

Many in the music press criticised 1982 follow up, Black Tiger for its “lacklustre production”. Earthshaker had enjoyed considerable critical acclaim, and those same critics were quick to condemn the band for fumbling their opportunity on the follow up.

Rock Candy’s organic, sympathetic remastering job repairs much of the damage, adding lustre where it was lacking. And anyway, that’s not really the “problem” with Black Tiger. All great albums have a meaningful structure. There is a natural flow when the track sequencing and the chosen songs are the right fit.

Black Tiger is too episodic, jumping from the gorgeous pop optimism of ‘Don’t Want To Lose’ to the lumbering, sub Van Halen histrionics of ‘Hell Or High Water’, and rebounding from the simple, pared down dynamics of the hard rocking ‘Forever’ to the clumsy, faux soul sound of ‘My Way Or The Highway’.

Balladic closer ‘Winds Of Change’ doesn’t quite have the same melodic lift as Earthshaker‘s ‘I Believe In You’, but its naggingly familiar chord shifts and moody shading suggest that someone had the good judgement to pick a track that would finish the album rather than just end it.

This remaster comes with a bonus track, ‘Somebody For Me’.

A riff spars relentlessly over the the opening and title track’s refrain, deploying the band’s six string artillery with power and purpose. It’s immediately clear that Brit producer Chris Tsangarides has restored the band’s directness – every song hits harder than expected on an album that’s lean yet compelling – yes, there a few weak tracks here and there – but it has the animation and dynamism that was dimmed on Black Tiger.

‘Hang Em High’ and ‘Sentimental Fool’ suffer from lyrical hard rock cliché syndrome but both rock with video game POV directness. The BIG Ballads, ‘Midnight In Tokyo’ and ‘Lonely Side Of Town’ reveal their strengths slowly, teasingly, driving forward, yet they linger in the emotional moments, dispensing grace and charm. For a band who ultimately became best known for their explosive live performance in a genre that has little use for subtlety, these two songs are both a delight and a surprise.

This too has a bonus track, ‘I’m Not Sorry’. 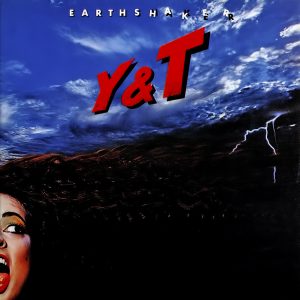 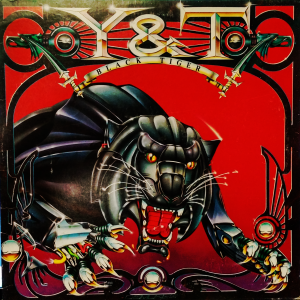