The original Yes line up – Anderson, Squire, Howe, Wakeman and White – made this 2003  Glasto appearance a de facto tribute to their 1971 album Fragile. That album, their fourth, was the first with Rick Wakeman, and no coincidence it was also the first in which they truly explored the relationship between rock and classical music.

Four of the ten tracks on public display here are from Fragile. Five of the remaining six are from post Fragile recordings, all following a similarly serpentine route through the classical rock world they were creating.

Some fans like to meander through the colourful Yes labyrinths, but due to time restrictions, the band excised the usual solo pieces from the set. In reality, the gig was all the better for losing excess baggage, delivering a slimmed down set of relatively compact, precisely performed tracks.

Most Yes music is a particularly tough sell to a restless, late afternoon festival crowd. And on a day at Glasto beset by delays and technical issues, you kind of suspected that ‘Siberian Khatru’ and ‘Don’t Kill The Whale’ would hardly be “all together now” singalong material for an impatient audience.

But at their best, this band turns pretension and pomposity into the most majestic of music. By midset, momentum has been gained, and the band were rolling, effortlessly creating a bridge with past, wrapping their words in familiarly moody melodies. ‘And You And I’ and ‘Heart Of The Sunrise’ went down a storm, and the magnificently apposite closing pair of ‘I’ve Seen All Good People’ and ‘Roundabout’ were cheered to the rafters (had there been any), providing a suitably triumphant finish to an eminently historical afternoon.

The “Live At Glastonbury” DVD, released some years ago, proved to be very popular and you can hear why. In this case, the enterprising SFM label have released the gig in CD form, adding 4 bonus tracks, taken from the band’s Yes – Acoustic DVD, thus making this 2 CD reissue a very attractive proposition indeed. 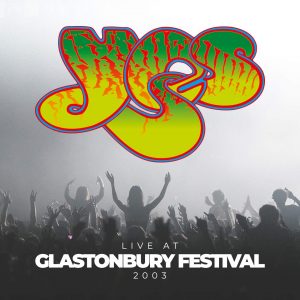