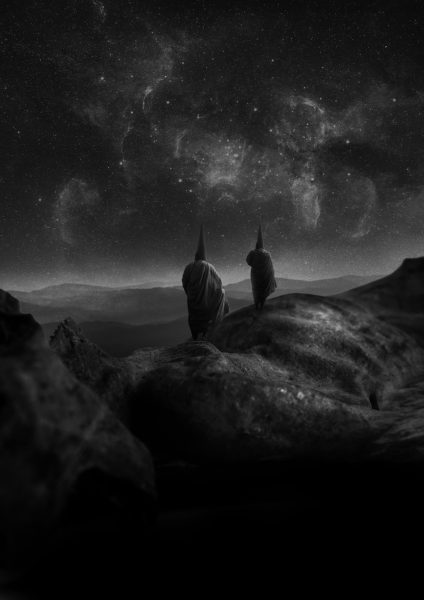 Delving into Santa’s sack in search of a yuletide themed album to review and the nearest match I can conjure up is the debut album from Yerûšelem. Admittedly a fairly tenuous and slightly disingenuous link. But that’s really just a limp excuse as The Sublime is actually a tremendous album worthy of a review at this or any other time of the year.

First off we need to lay our (Christmas) cards on the table. Who or what is Yerûšelem? In short this is a new musical union forged by the Blut Aus Nord duo Vindsval and W.D. Feld.

The album’s opening title track really opens the window on what Yerûšelem are all about. This is thought-provoking music for the listening intelligentsia. There is nothing disposable here at all. Although The Sublime features nine tracks reaching out across a 37-minute timespan, in many ways it feels more of a broad soundscape in which assorted grooves and sounds assimilate under a sonic cloud of ever-evolving shapes and sounds.

This will not come as a particular surprise to followers of French troupe Blut Aus Nord who have successfully married an avant-garde edge to their blackened aural approach over more than two decades of inventive experimentation. Largely driven by Vindsval (Vlad if you prefer), Blut Aus Nord have become something of pioneers for the burgeoning Shoegaze movement in which disparate sounds collide like asteroids creating moments of bright sky brilliance alongside thunderous darkness.

Blut Aus Nord drummer W.D. Feld has joined Vlad in his latest venture which is another multi-layered musical maze in which few of the songs have a coherent beginning or ending. The music draws you into a helter-skelter spiral of sound which only occasionally, such as on the pounding ‘Triiiunity,’ comes with a recognised rhythm or groove.

The dominant bass line exudes Godflesh weightiness while a persistent industrial crust adds to the generally depressive soundscape unleashed here. Vocally things are a little more progressive than we’ve come to expect with Blut Aus Nord, although trying to ascertain lyrical threads is far from easy amidst the swirling psychedelic pool of ideas.

With its roots set as far back as post punk anti-heros such as Genesis P Orridge, Pere Ubu and Throbbing Gristle, Yerûšelem bring new flavours to the genre on mindnumbing tracks such as the aptly named ‘Joyless’ and evocative ‘Babel’. 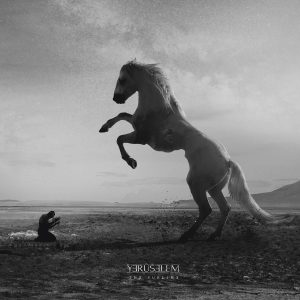 The Sublime is released on 8 February, 2019 via Debemur Morti Productions