Mexico’s Xibalba Itzaes (aka Xibalba) take their time to release their music. Formed in 1992 as Xibalba with a demo release that year, 1994 saw their well-received and hitherto only full length album, Ah Dzam Poop Ek, see the dawn. Two years later came not only a negligible split release with Avzhia but also split for the band. Reforming in 2007, it wouldn’t be until 2010 before more music appeared. A ten-track demo under the name Xibalba Itzaes – the name changed to avoid confusion with another band – it’s not a bad piece of work but it fails to live up to the Mayan majesty of Ah Dzam Poop Ek. Never fear, for much time has passed and here we are with the three-track 7” EP, Ah Tza!.

Blast beats, trem-picked riffs, abrasive vocals and the obligatory lo-fi atmospherics, on the surface Ah Tza! is black metal by the numbers. Dig a little deeper and from the hypnotic depths of the EP emerge Xibalba’s strengths. While the trance-inducing riffs are repeated, the distorted dissonance of the harsh melodies brings the primeval to the fore and across the all-too-brief nine minutes of this EP, Xibalba cement their grip over the listener and drag them deep into their world. The ominous and demonic chants of the opening title track, the persistently penetrating riff of ‘Katun 1’ and the dramatic heft of ‘Dawn of Endless Horrors’ make for a bleak, black and chilling experience. A long-time in the making, Ah Tza! may not be up to the standard of Ah Dzam… but it’s a cut above all else that they’ve released. Surely their magnum opus must be coming soon… 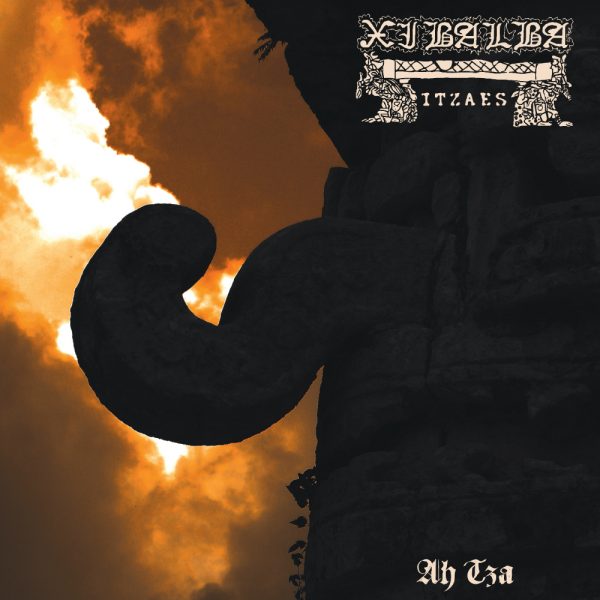