As one of the ‘Big 4’ of UK thrash (alongside Acid Reign, Onslaught and Sabbat) Preston’s Xentrix had a technical edge and a strong melodic sensibility which elevated them above their peers. Arriving perfectly formed their debut album Shattered Existence was a game changer and there’s no better time to rediscover this gem than with this loving re-issue.

As opening shots go things don’t get much better than first salvo, the obstinate ‘No Compromise’. It finds Xentrix arriving with full force and planting their flag firmly on the global thrash map. Threatening to go off the Richter Scale it’s the perfect musical manifesto and contains one of the sickest riffs known to man and when you factor in a rhythm section pulverising the listener into submission you have a thrasher of the highest order. Vocalist Chris Astley had the perfect pipes for thrash and his 20-Marlboro-a-day growl add an extra edge to the band’s sound. His voice is more like an instrument and adds extra weight to ‘No Compromise’.

In an age when it was almost de rigour for British thrash albums to sound thin and reedy Shattered Existence benefits from John Cuniberti’s full production and he’s given Xentrix a hefty sound without forsaking their raw edge. When the band drop a gear to deliver the groove laden ‘Balance Of Power’ they swing like an uncontrollable wrecking ball that causes all sorts of damage. I’m picking up a definite Metallica influence here, especially the Justice record and ‘Balance Of Power’ finds the two guitarists colliding and intertwining to create a maze of intricate webs. Full of neat time changes this was about as technical as thrash got in 1989 and it’s hard not to over-estimate just how revolutionary this sounded. However, the magic lies in the fact that Xentrix never lose sight of melody and no matter how complex things get they remain fundamentally tuneful and it’s easy to hear why ‘Balance’ continues to ignite mosh pits to this very day.

While many thrash bands professed a lineage in hardcore Xentrix were pretty much all about the metal and the soaring classical lines that permeate Shattered Existence have much more in common with bands like Iron Maiden whilst the energy they draw from is in tune with Venom rather than The Exploited. That metal sensibility ensures that this record is a more measured album than almost anything released by their peers and perfectly marries power and speed. The earth-shaking rumble that is ‘Reason For Destruction’ contains an acoustic mid-section which creates a moment of calm inside the storm and highlights the heavy sections that bookend the song and it’s such ideas that ensures Shattered isn’t one long thrash-athon. In the ‘80s metal was under constant attack from evangelists and final track ‘Heaven Cent’ finds Xentrix kicking back and kicking back hard and makes for an ominous closer.

As a bonus the three track ‘Ghostbusters’ single is added. Although I remember ‘Ghostbusters’ being well received at boozy concerts time hasn’t been that kind and it now has an air of triviallty surrounding it. While Acid Reign (‘Hanging On The Telephone’) and Lawnmower Deth (‘Kids In America’) released similar covers, they were bands who naturally veered towards humour but when the more sober Xentrix tried a similar trick it fell a little flat. The other two cuts from that 12” are passable as B-sides yet don’t come up to the high standard set by Shattered Existence and the inclusion of these bonus tracks detract from the albums greatness, rather than adding to it.

Shattered Existence is a jewel in the thrash metal crown which still sounds fresh and exciting over 30 years later. It even gate-crashed the album charts and made a very respectable number 31 (even more impressive in an age when you actually had to go out and buy a physical copy). And while the ‘Ghostbusters’ was a slight misstep they got right back on track with their sophomore album For Whose Advantage… (to be released by Cherry Red next month). 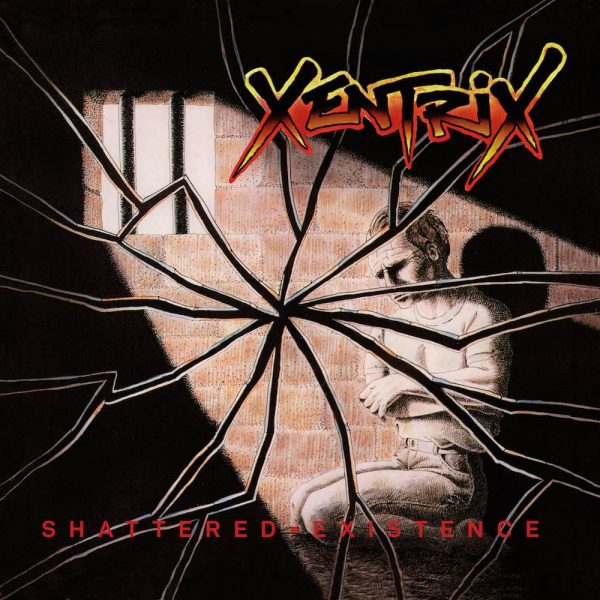