Just discovering the Symphonic Metal genre? This is for you.

As someone with a penchant for the Symphonic Metal genre, a fellow fan actually recommended giving Xandria a listen as they were a band who (unlike Nightwish and Epica) had never really appeared on my radar. A few spins of 2014’s Sacrificium later and I was thoroughly agog at the mix of bombastic pomp and cinematic soundscapes. Twelve months on and the German five-piece are back and set to release a 7-track EP entitled Fire & Ashes. It also marks the band’s second outing with vocalist Dianne van Giersbergen (Ex-Libris) following the departure of Manuela Kraller.

So, what exactly are we getting with this one? Well, this intermezzo is something of a filler to effectively bridge the gap between studio albums. The end result is three new songs, two re-recordings and two cover versions. Opening track ‘Voyage Of The Fallen’ is nothing less than a four minute epic in which van Giersbergen’s stunning soprano soars effortlessly alongside thundering riffs and dramatic choral arrangements. ‘Unembraced’ with its combination of tinkling piano keys, electronica tinged beats and driving melody really showcases the power of guitarist Marco Heubaum et al, whilst melancholic and beautifully simplistic ballad ‘In Remembrance’ once again reminds us what an absolute powerhouse Dianne is vocally.

The inclusion of re-worked songs ‘Ravenheart’ (from 2004’s Ravenheart) and ‘Now & Forever’ (India – 2005) probably serves as more of an introduction to DvG as a frontwoman and for the benefit of newer fans who are unfamiliar with the current line-up. Whilst there is little deviation from the originals on either track, there will undoubtedly be a contingent of die-hards who still gravitate towards Lisa Middelhauve’s respective versions.

Unfortunately, I am unable to mask my dismay when I discover that one of the cover versions is MeatIoaf’s classic hit ‘I Would Do Anything For Love (But I Won’t Do That)’. I can totally understand why Xandria would choose this one given its sense of drama, but the karaoke-esque interpretation fails to hit the spot for me personally. Thankfully, closer ‘Don’t Say A Word’ sounds just as thunderous as the Sonata Arctica original and the operatic flourishes interwoven throughout work really well.

The talent on display here is undeniable, but one may argue that this new material could have easily been included on a Sacrificium “Bonus Disc” instead. Highly recommended for listeners just discovering the genre, but long-time fans may prefer to bide their time until Xandria’s next full-length release. Here’s hoping the follow-up burns with the same fire. 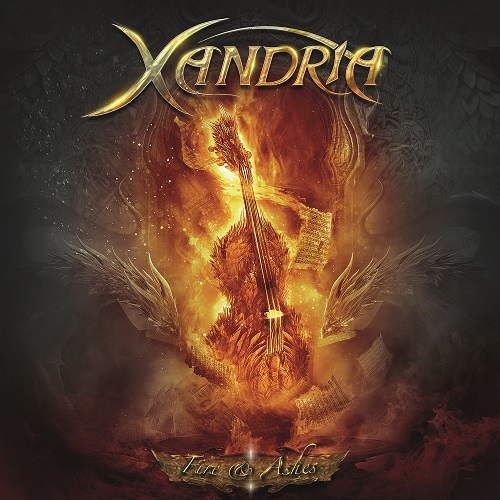