In the meantime, if you want to hear more from W.T.C., you can check out more from the label on their website or give them a listen over on Soundcloud. But for now, let us fall foul and rejoice in all things evil.

Thy Darkened Shade’s debut Eternvs Mos, Nex Ritvs appeared in 2012 (reviewed here), thirteen years after mainman Semjaza first had the idea for the band. The result of many years of experimentation, it was a raw and primitive release that combined technical proficiency with unforgiving aggression to form a fiercely impressive debut. Two years on and Semjaza has brought unto us the band’s second album entitled Liber Lvcifer I: Khem Sedjet, an 80-minute album that is, at every instance, nothing less than incredible.

While the technical skill remains as high it was on the debut, Semjaza’s songcraft has developed considerably. Where bands run the risk of technical improvement coming to overshadow compositional skill, Thy Darkened Shade retain that balance, the album’s focus being as much on the music as it is on the desire to capture and express the occult concepts that provide the lyrics and the album’s mystical depths. With The A again providing a sterling vocal performance, Semjaza’s occult desires are made flesh as melody and malice are juxtaposed with the bleak and the jarring in an ever-expanding and always-absorbing array of dynamically gripping structures and arrangements.

With the bite of black metal at its heart, words simply cannot do this album justice. There is not one moment of tedium, of monotony, of dreariness, or even the faintest hint that it could at any point collapse into cliché or banality. It’s rare that an album matches its creator’s ambitions but with Liber Lvcifer I: Khem Sedjet, Thy Darkened Shade have done exactly that. And it all sounds so effortless. Incredible. 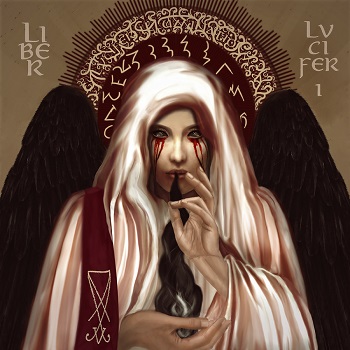 Five years after their Osmose-released debut, Hanc Aciem Sola Retundit Virtus (The Algolagnia Divine), Italian duo Fides Inversa have returned with their second album, Mysterium Tremendum et Fascinans. And at just under fifty two minutes, it is, in every sense of the word, epic. Entitled I to VII, whether ominously down-tempo and atmospheric, the full-blooded embodiment of black metal rage, or an exploration of the two extremes in an intricate structure and arrangement, each track plots an arc of its own.

With the combined instrumentation of Omega A.D.’s apposite and dynamic drums and Void A.D.’s intricate and blazing guitar- and bass-work providing a multi-layered and multi-shaded musical backdrop, Omega’s vocals add that sharp and scathing touch to render the album complete. And with such touches as the choral vocal in IV, the classical passage in V, and the witch’s laughter in VI to further flesh out the atonal, the chaotic, the discordant, the disorienting, and the devastating force of the album’s black metal atmospheric depths, Mysterium… is an endlessly enthralling listen. Highly recommended. 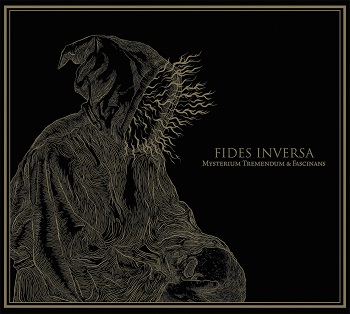