With the stench of the underworld and the spirit of blackness pouring out of their cadaverous cavities since their 2012 debut full length Sodomatik Rites Of I.N.R.I., Wömit Angel have been meting out their marvellous malevolence one bruised battery after another. 2014’s Holy Goatse (reviewed here) was and remains thoroughly foul. The 2015 Maggotmouth EP (reviewed here) is short, sharp, sickening and utterly revolting. And 2017’s Impaling Force of Satan (reviewed here) is fiendish. And well, well, well, with album number four, Under Sadistic Pressure, Wömit Angel’s putrid piss bucket doth continue to overflow with all things foul, filthy, sleazy and sloppy.

Once more, one salacious slash after another, this Finnish trio blast away in a merciless frenzy of all things diabolical and downright dirty. Speed punk brutality fuelling the rampage, the devastation is delivered at such an intensity that the chaotic cacophony contained within can barely be contained within. The drums crush and crash and crush again. The riffs are rabid and rapid and ravaging. And the vocal – or voice-type-thing – howls and growls and snarls and barks and bellows blasphemous bark after hellish howl. The blackened force is strong with this one. Yep, Wömit Angel are back and are as nasty and naughty and nauseating as ever. A non-stop blitzkrieg of barbarity, rupturing savagery and maniacal malice, Under Sadistic Pressure is another vile delight. 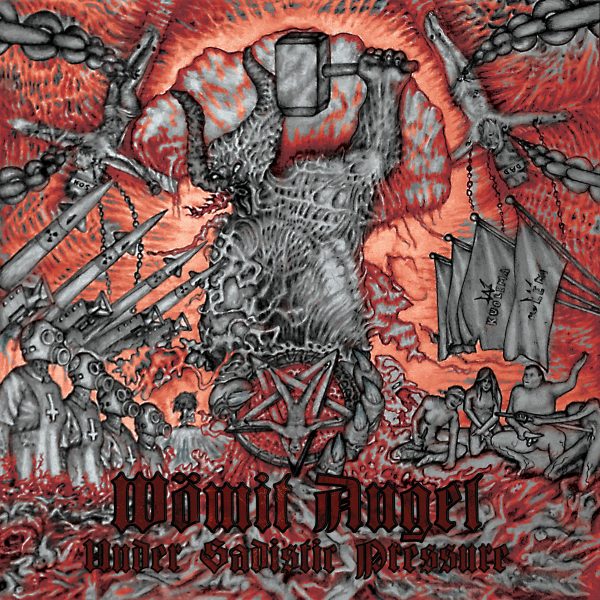