The last time this reviewer saw Blaze Bayley at the Asylum was back a few years performing an acoustic Iron Maiden set with guitarist Thomas Zwiden , opening for Tony Martin’s Headless Cross! Tonight will be the second time in less than two weeks as leader of the pack known as Wolfsbane that Blaze & Co will be blasting my eardrums.

I was reliably informed that the gig was a sell-out by the time opening blitzkrieg of an act Fukdust4 took to the stage. With a line-up boasting Wolfsbane, UK Subs,  Drongos For Europe and Jelllys musicians, I think their musical menu could have written itself!  As it was, these four energetic guys rattled through eleven short, sharp, punchy songs in their half-hour set and how the packed Asylum loved them! The underlying punk influence is obvious and titles such as ‘Lynch Mob’, ‘Ripped Off’ and ‘You’re a Two-Timing Son of a Bitch and I Wish You Were Dead’ help complete the painting. Visually they were bang on and worked the crowd expertly.  Although you will hear smatterings of The Clash, Buzzcocks, and Sham 69, amongst others of the punk era, Fukdust4 have definitely come up with a successful formula of their own and are well worth catching if you get the chance.

And so to the second band, Staffs five-piece blues rockers, Piston. Again, it was the second time in a couple of weeks that I caught these lads. Recently at Legends of Rock I thought they were a tad off colour and not helped by one major, almost song-long tekkie. Tonight, and back at full strength with guitarist Jack Edwards returning I was hoping to see Piston prove that Great Yarmouth was a minor blip. This they did with some style as the thirty minute, six-song set went flawlessly.  Rob Angelico’s vocals have added a rawness to the songs that have given them a new edge that just works!  I thought he absolutely nailed the single release ‘Leave If You Dare’; a thumping heavy rocker that would grace many a bands repertoire. Thirty minutes just about gets Piston warmed up, but they can be well pleased with tonight’s performance and the crowd reaction.

If Fukdust4 were light-hearted and great fun, Piston more serious and heavy, then I guess Wolfsbane may be a blend of the two. There was definitely a mood of anticipation in the room as 9.15 approached and I could hear people quietly singing “Who’s Afraid Of The Big Bad Wolf” fully expecting that tune to herald the arrival of Blaze and the band to the stage. That didn’t happen, but an entrance worthy of a heavyweight boxing champion did, as the crowd parted like the Red Sea to allow the band free passage to the playing area. And what a reception from the sell-out crowd! Blaze is without doubt a man of the fans, or HMS (Howling Mad Shitheads) as they are known, and their affection for him and the band is undeniable.

The atmosphere created by this band of hard-core Wolfsbane fans has to be experienced to understand and the tightness of the Asylum 2 helped to intensify the beer-fuelled homage. I did overhear Blaze pre-show commenting that he had requested this venue to get back to a more intimate feel to his gigs. Good call I say. From the opening song ‘Steel’ Blaze and the boys had the HMS choir in full song, excelling when the band flew into ‘Loco’. Blaze, as ever, bantered away with the crowd, linking cleverly into each song with well thought out words. There may have been the very odd bum note, but who cared? This band is all about giving the fans a great time with quality rock music and as long as the big fella keeps belting them out like tonight t’will be forever thus! The substantial set list was picked from across the Wolfsbane music library and included ‘Money to Burn’, ‘I Like It Hot’ and ‘Broken Doll’.

Tonight was what live music is all about and was no doubt helped by the nature of the venue. People having a great time listening to great music and hopefully going home feeling well sated! 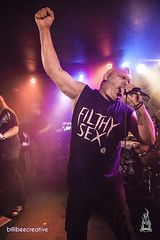 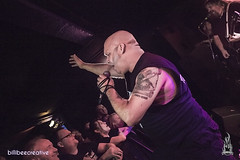 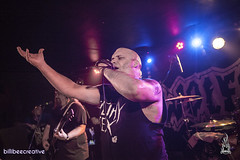 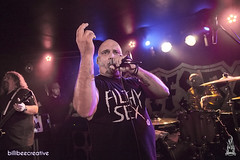 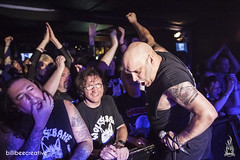 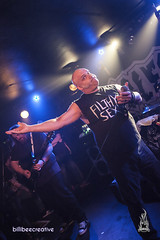 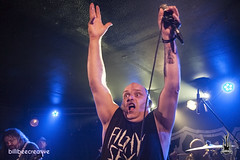 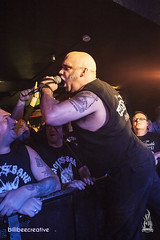 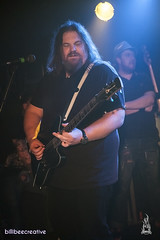 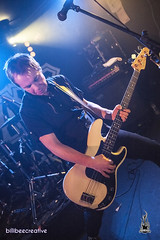 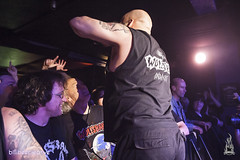 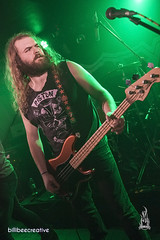 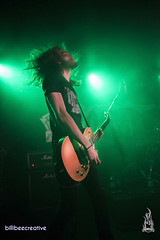 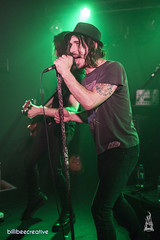 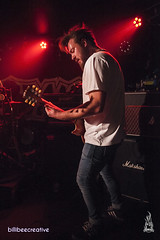 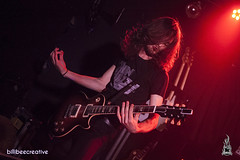 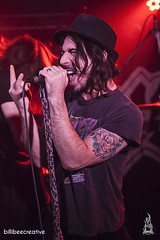 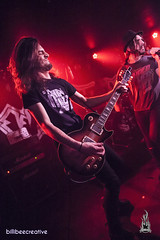 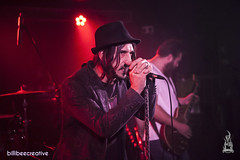 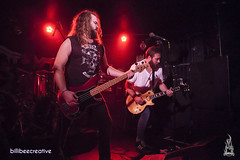 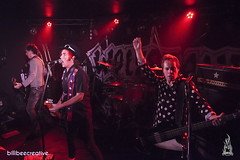 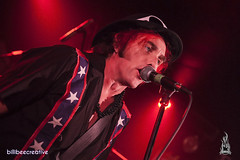 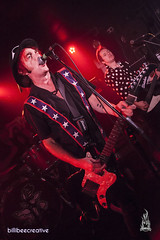 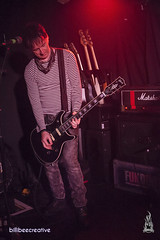