Just when the need for blackened devastation rears its ugly head, a split release from Poland’s Witchmaster and Voidhanger drops in the inbox. Oh joy, think I. ‘Play’ is clicked. And half an hour later, fucking hell, think I.

At it for twenty years, Witchmaster’s new track ‘Permafrost’ is ruthless and punishing. Double kick drums propel the savage might of this straightforward, intense and brutally remorseless track. Next up is a cover of Einsturzende Neubauten’s ‘Tanz Debil’, the band’s blackened thrash and Einsturzende Neubauten’s industrial stomp making for a lethal combination. The three live tracks display the band’s live prowess and are a great bonus.

Voidhanger’s three tracks are equally colossal. Ferocious and intense, these tracks are made out of bricks and sharpened with razors. Wrath-burnt vocals are played out against vicious riffs that are as menacing as they are merciless. It’s not long before the hooks are dug deep and the dark weight of the tracks is upon the listener. Persistent and pummelling, other than the half-tempo beating of ‘Through The Holocaust of Optimism’, there’s little respite. But given the quality of Voidhanger’s work, who’d want it?

A great split release, of the two, Voidhanger have delivered the better half. But that’s not to say that  Witchmaster’s material is inferior. Far from it. Had they opted for more new material then Razing the Shrines of Optimism would have been much better. As it stands though, it’s still excellent. 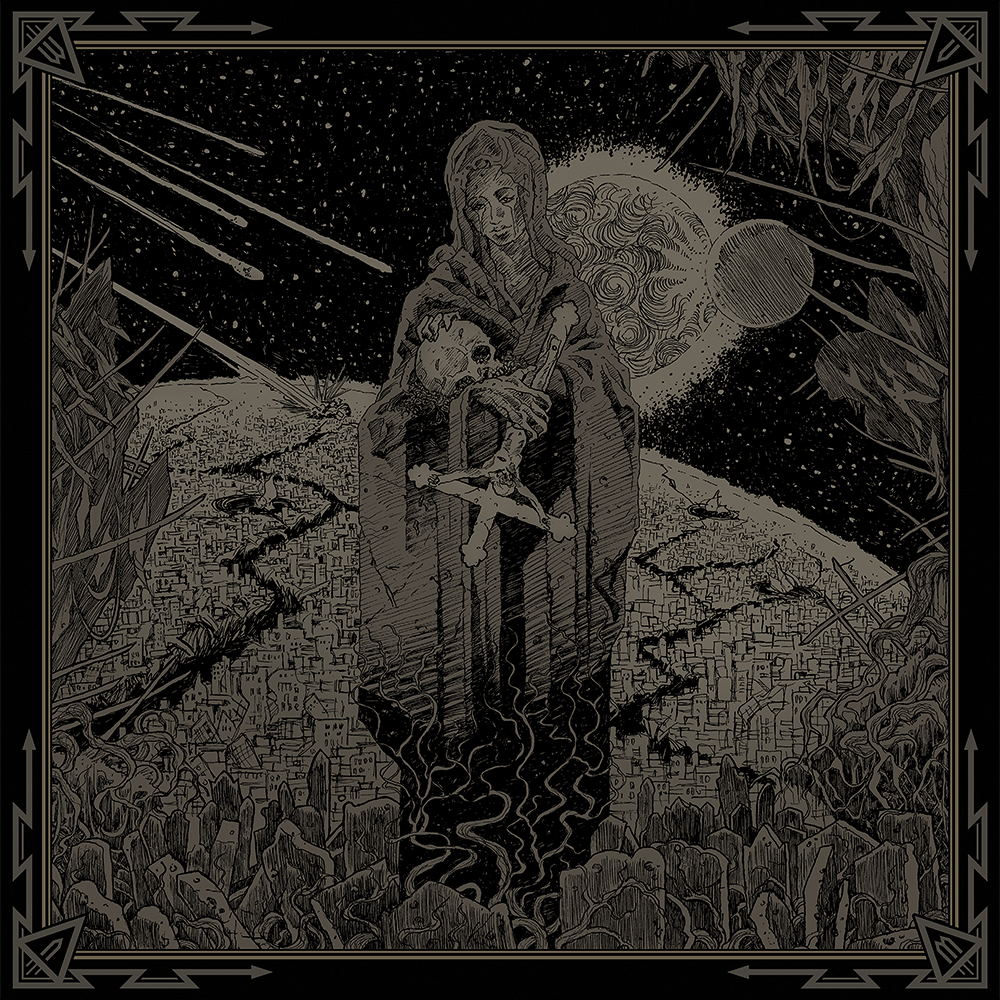