The Rainbow has been a welcome addition to the Midlands’ extreme metal underground scene and a good crowd turned out for this midweek show, headlined by northern raiders Winterfylleth.

First up were The King is Blind for whom this was their first night in support of the headliners. The Colchester crew are a relatively new name but have already performed on such heady platforms as Bloodstock, Temples and Hammerfest. They thundered their way through a full-bodied half-hour assault which left a favourable impression with most of the early arrivals. Band members are no novices having been involved with various outfits down the years; Extreme Noise Terror and New Model Army notable among them.

They were joined on stage for one number by Winterfylleth vocalist Chris Naughton who managed to persuade the assembled crowd to take a few steps nearer the stage rather than shy away in the shadows. A quick chat with singer Steve Tovey afterwards reveals there’s an album in the pipeline, probably in the New Year. Good luck with that fellas!

Next up were Voices, a band I was a keen to check out having been impressed by last year’s album release London – which, of course, is where they’re from. They threw many of us off the scent initially having adopted the NWA anthem ‘Straight Outta Compton’ as their intro tape. This pounding rap classic, very much in vogue thanks to the recently released film about Ice T and his homies, is such an unlikely intro for a prog metal crew that one of the band members had to admonish the chattering crowd by hollering ‘this is our intro!’.

Once the LA bad guys were silenced, Voices proceeded to trigger their own wall of noise. Playing with a similar intensity to the likes of Bossk, the quartet proved to be tighter than a pack of sealed ham, but even meatier. Some immense riffs snowballed into an aural avalanche during a storming set that opened with ‘Endless’ and progressed smoothly through a series of suffocating soundscapes until closing with ‘The House of Black Light’.

The band had a new face wielding the sticks in the shape of Nick Barker who has drummed for the likes of Testament and Gorgoroth and his speed and execution merely added further layers to the already intense diet of destructive din.

Voices – who came together following the demise of Ackercocke – proudly embrace the term negativity with their despairing diatribes and their intellectually stimulating sound captivated pretty much every person in the Rainbow. Anyone heading to Damnation in Leeds next month should be sure to catch their set.

Although The Divination of Antiquity has been out a year now, Winterfylleth’s latest batch of UK dates were still very much built around what is their fourth full length album. And that’s to be welcomed of course as Divination is a stand out record in any discerning underground metal fan’s book.

Having seen Winterfylleth on several occasions I was genuinely aghast when informed that this was the band’s first ever headline UK tour. Although often swept along with a host of other black metal bands there are a number of factors that separate the northerners from the pack. No corpsepaint for starters, although not obligatory in the genre I know. And no real satanic fires either.

Having opened up with nothing short of scorched earth savagery in ‘The Divination of Antiquity’, Naughton, sporting his trademark revolutionary peak cap, flung himself into the totally overpowering ‘The Swart Raven’ from The Threnody of Triumph album with its wonderful ‘whoaaah whoaaah’ mid- section sing-a-long.

Winterfylleth don’t have to turn to the dark side to find their own crushing tales of despair. Their inspiration is drawn from our natural barren beauty of the peaks, the dales and the lakes crafting mesmerising landscapes aching with emptiness and solitude. It’s not a case of one riff charting the course of any song in particular. It’s a collective triumvirate of strings that help pull the contours of their songs in different directions. Over the top of this, Chris Naughton’s commanding heraldic cries can be heard. The result is persuasive power that draws you into their world in which desolation and despair reside, as exemplified on the much slower almost monolithic ‘Forsaken in Stone’.

Trawling further back to their debut album The Mercian Sphere, Winterfylleth also plucked out ‘A Valley Thick With Oaks’ and even performed the very first song they ever wrote, ‘Mam Tor’, which was a slightly thrashier version of what they‘ve since morphed into. Another older song ‘Defending The Realm’ brought the shuddering seismic waves to a rasping conclusion, Naughton’s despairing cries carried over the line on top of a cushion of olde English battle cries at their most visceral towards the final melancholic cries of ‘the Fathers of Albion’.

Setlist:
1. The Divination Of Antiquity
2.  The Ghost Of Heritage
3.  The Swart Raven
4. The Wayfarer Part I
5.  Forsaken In Stone
6. A Valley Thick With Oaks
7. Whisperer Of The Elements
8. Mam Tor
9. Defending The Realm 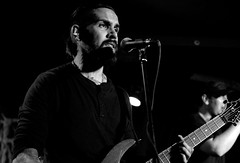 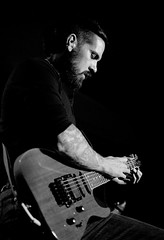 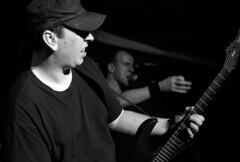 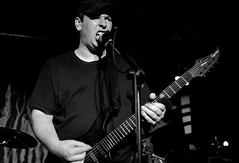 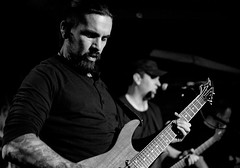 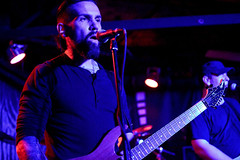 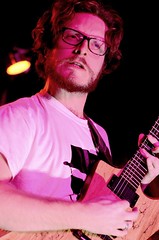 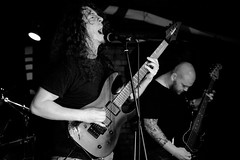 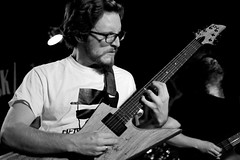 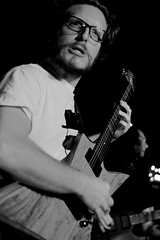 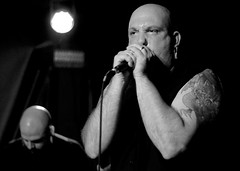 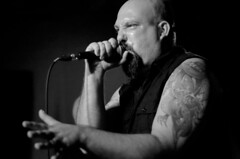 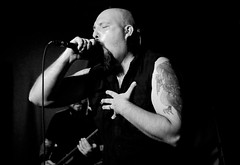 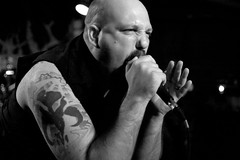 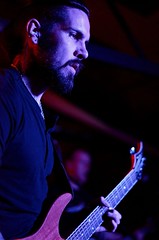 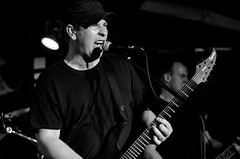 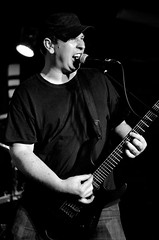 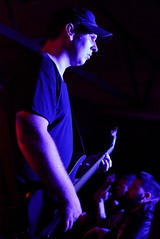