Fans of The Handmaid’s Tale have been holding their breath for years in anticipation of Margaret Atwood’s follow up novel The Testaments to see what more horrors lie in wait for Ofred, trapped in the cold dystopian world of Gilead. While maybe not in quite such large numbers, but nevertheless in a similar vein, fans of Winter Storm have been waiting for the Midlands melodic metal outfit to reconnect with the character who was the focus of their sophomore release With The Frozen Design in 2013.

Having travelled through time he now finds himself caught up in a futuristic landscape, unaware of how he got there. The tracks on this concept album pick up the thread as he investigates the parallels of this disturbing new universe but perhaps even more significantly it also charts the progression and development of Winter Storm just over a decade on from their arrival onto the Midlands metal scene.

Fans have had a six-year wait for the new album, which opens with a captivating intro before graduating into the pacier ‘Dreamscape’ a symphonic explosion in which the guitars rise and fall like swords in a dual. Singer Hannah Fieldhouse has a voice that drops deeper than a Persian carpet through the first phase of the song but as the tempo deviates Hannah reaches for the higher echelons, helping shift the dynamic towards a whole new direction. The two styles coupled together work well while the guitar solos that kick in towards the end also allow the wider band to step forward.

‘Colliding Skies’ has a delightful ethereal section mid-track, full of fairydust sprinkles, but when Winter Storm plunge into the deeper recesses of the song the urgency is palpable, as though driving a car towards the cliff edge. ‘Defy Me’ is a mournful diversion, the rhythmic push more restrained rather than racing, while Hannah’s voice softens to fall into line with the atmospheric ambience. This though is surpassed by ‘In Time’ an absolute knee-trembler, with Hannah in full ballad mode against a shimmering soundtrack that plucks at your heartstrings, the song climaxing with some deft guitar strokes from Wayne Taylor’s seven-string weapon.

‘Lifeless Plain’ is a punchier piece, more strident in sound, as the Black Country quintet pick up the pace once more with overlapping rhythmic flourishes jostling for supremacy. ‘Thought Machine’ has a jagged edge to it, a hint of menace entering the equation as Winter Storm shuffle towards a darker soundscape. Hannah’s vocal flexibility and strength has always been central to the appeal of Winter Storm and on tracks such as ‘Another Lost Light’ her capacity to effortlessly change tone and texture is reflected against another sonic barrage of percussive attacks and rhythmic gymnastics.

Mixed and mastered to great effect by Greg Chandler at Priory Recording Studios in Sutton Coldfield, ‘Final Parting Glass’ brings the curtain gently down on a highly polished album which anyone with an appreciation of finely executed metal embellished with ample layers of melody and passion will take to their heart.

In recent years Winter Storm have supported the likes of Leaves Eyes and Delain and performed on stages from Bloodstock to Hammerfest to HRH Metal. You can catch them tomorrow at Ye Olde Foundry in Dudley (Saturday 14 September) with an album launch at The Slade Rooms in Wolverhampton on Saturday 12 October. 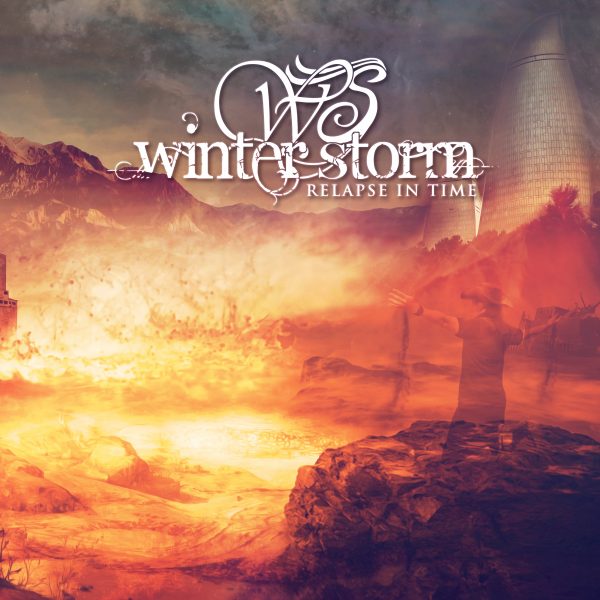