You’ll be familiar with gestalt theory, right? It is equally in the case of successful rock bands that the whole is greater than the sum of its parts. For White Lion, the synergy resulted from the fortuitous coming together of Danish singer/songwriter Mike Tramp and New Yorker/ guitarist/ songwriter, Vito Bratta. It was a collision of continents that produced mammoth melodic rock anthems like ‘Hungry’ and ‘Sweet Little Loving’, yet these, and others, seemed measured, adding a thoughtful, art-rock undercurrent to arena sized hooks and vertiginous choruses.

‘Wait’ was the breakout track, and looms large here on this dynamically remastered reissue that comes heavily freighted with bonus tracks, of which one is a deservedly extended version of that Top Forty troubling single. The original track comes about half way through the album, an expert example of track sequencing, allowing the preceding tracks to build climactically toward this point.

The producer – legendary Michael Wagener – knew that this band had no glaring musical weakness in need of studio camouflage, so on Pride, all he did was shine the production torch, illuminating the path the band was to follow. That faith is rewarded by Tramp and Bratta’s individual and collective contributions. Bratta’s endlessly inventive guitar work sprays acoustic strums all across the amped up electrics, creating the kind of light and shade subtleties on songs like ‘Lonely Nights’ and ‘Lady Of The Valley’ that fit seamlessly with Tramp’s keening vocals and grown up lyrics.

Many of today bands labour over a recording to the point where it’s so overworked and protooled it just passes you by, all the inspiration is smoothed over and the magic is eviscerated. But Pride has such an immediate feel… lightly polished yes, complete yes, but not overdone. And by the time we reach ‘Wait’, we know we’re really onto something big. The emphatic urgency of ‘Tell Me’ and the muscular, melodic positivity of ‘All Join Hands’ in the second half, measure up to our heightened expectations. For many, closing track, ‘When The Children Cry’ is the one they remember. Bratta’s sympathetic acoustic playing and Tramp’s aching, attractively accented vocal touched more hearts that many care to admit. It was the perfect AOR FM ballad, and broke the Billboard Top Ten.

Five bonus tracks, inc four live versions of album tracks and as previously mentioned, an immense extended (by almost 2 and 1/2 minutes) edit of ‘Wait’. An imaginative remix has brought up the rhythm section and the guitars, adding a pugnacious punch to an already face slapping sound. Malcolm Dome’s new liner notes add weight to the notion that the band were a cut above many of their contemporaries. The music does the rest. 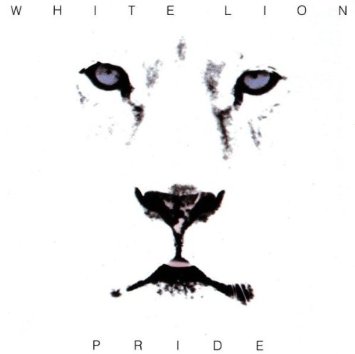