You know the story. Band has successful album (Pride, 2 million sold, 1987-88). Band goes out on tour for 18 months. Label forces band back into studio to record lucrative follow up. Band have no new songs. What do we do now, Butch? Easy, write an album’s worth of new songs in 3 days. And thus Big Game was thrown into the world, breathless, ill prepared, but considering the context of its conception, skilfully delivered (Wagener again produced). And again, some of the best songs are written in spontaneous bouts of creativity. Stack that up against most rock band’s desire to road test the new stuff, tweak it, discard some, beef up others, separate the wheat from the chaff.

Against that backdrop, Big Game was a triumph of will. It’s perhaps not as uniformly good as Pride, but it bristles with great rock songs, more stunningly diverse guitar work from Bratta and another batch of thoughtful lyrics and considered vocal performances from Tramp. Top Ten hit, ‘When The Children Cry’ from previous album Pride demonstrated that Tramp was not afraid to politicise his song-writing. He never underestimated the intelligence of his audience, and with ‘Cry For Freedom’ he lyricised the hope and the despair of the world’s disenfranchised. It proved to be an MTV hit and you could argue it was a win for real sentiment over the usual, chest beating clichés of popular AOR ballads. Memorably melodic slice of hard edged AOR, ‘Little Fighter’ too – a reflection on the events surrounding the sinking of Greenpeace vessel, Rainbow Warrior – brought inspiration from the real world into the lexicon of melodic rock.

As is frequently the case, when a band is not totally confident in their latest batch of songs, they throw in a cover of a favourite track. ‘Radar Love’ (Golden Earring, 1973) was an inspired choice, and proved to be the best seller of the four singles lifted from Big Game over 1989. Yet, elsewhere, amidst the more traditional fare, the heart string tug of Goin’ Home Tonight’, the bluesy pull of ‘Dirty Woman’ and the Van Halen-esque magnetism of ‘Living On The Edge’ place these songs amongst the finest adult pop metal to come out of the eighties.

The complete remastering of Big Game reveals the meticulous layering of sound that Wagener employed to bring out the interaction between Tramp, Bratta and the underrated rhythm section of Lomenzo and D’Angelo. Often, at the end of a line, Tramp’s vocals are absorbed into the instrumental backing, only to reappear moments later like a conjurer’s sleight of hand. Three bonus tracks, all live versions of the big tracks from Pride, are produced, recorded and mixed by Wagener. So with Big Game, you get the third album plus the hits from the second. Great value. 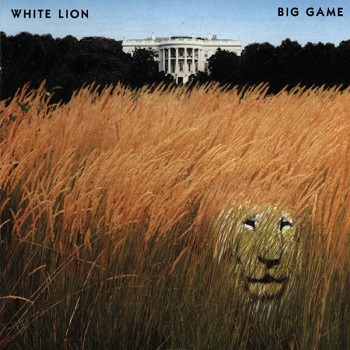