While Terminus is the second full-length album by While Sun Ends this release is something of a new dawn for the Italian prog outfit as it’s the first to feature new female vocalist Stefania Torino, along with some other line-up changes. As with their debut, this release has growly death vocals competing with Stefania’s soothing harmonies.

While Sun Ends embrace that well executed combination of explosive death metal style charges interlaced with softer passages, a style reminiscent of Swedish giants Katatonia and Opeth with the obvious caveat of the female vocals.

While throwing in three Swedish names we make as well make it three, as the broken timechanges and stop-start riffs are also Meshuggah-like in places, although without the savage kick. 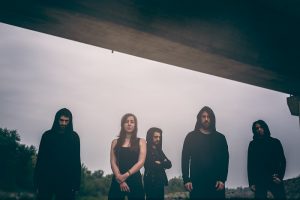 Quite how this all works is not entirely clear. A case perhaps of too many styles which means the joins are at times trickier to assemble than a flat pack bed from you know where (we’ve had enough Swedes already in this review).

Personal preference here is for the heavier segments which work well on a track such as ‘Sides’ with Stefania’s contribution also coming via the flute. Whether her voice quite holds up when dominating with the likes of ‘Seesaw’… well let’s just say there are ups and downs. All the songs have a single word title and ‘View’ is one of the more haunting pieces.

Terminus is not a bad album, chugging closer ‘Synthesis’ means it ends with head held high, but whether it’s good enough to poke its head over the parapet when there’s so much strong stuff out there jostling for your time and money, I’m not convinced. 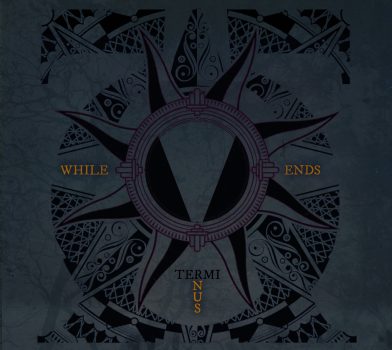