Late great John Wetton gets a fitting send off . . .

Reviewed by Brian McGowan. Reissued by Cherry Red Records, May 2018.

Never mind the music, what about the artwork? John Wetton and Geoff Downes have been associated with a dazzling sequence of album artwork down through the years, gracing either their own albums or their predecessor band, Asia’s. With the Icon trilogy, Artist Roger Dean’s orientally themed visuals stepped away from the influence of Chinese Landscape art, evident on the Asia front covers, into a more familiar world of Japanese iconography. And this year, Downes and the late John Wetton’s estate worked together to reissue the albums in remastered form, each including a handpicked selection of bonus tracks.

The Icon I (2005) album was the duo’s first together since 1985, and it’s deja vu all over again. Downes’ rich keyboards and deft piano phrasing perfectly complement Wetton’s gripping, web spinning lyrics, full of hard hitting simplicity and insight. ‘I Stand Alone’ and ‘Meet Me At Midnight’ are prime examples of how to marry the romantic, Asia AOR-isms of the past to the measured classicism of their renewed writing partnership. Yet, when they put their gothic/classical ambitions up front on ‘God Walks With Us’ and ‘Spread Your Wings’, you get the feeling they are still working stuff out their system that’s lay dormant since they split back in 1985.

Of the 6 bonus tracks (originally released as an EP in 2005), the overdubbed tracks are the standouts, with Mike Stobie’s sparkling orchestrations particularly giving the remixed ‘Overture:Paradox’ and ‘In The End’ a wonderful shine, buffed up further by a gleaming remaster.

The honest music fan would have to concede that perhaps Wetton and Downes took themselves a little too seriously at times. Icon II (2006) plays that up. Far from jettisoning the portentous baggage they sometimes carry, they lump more on board… many fans have attempted to decipher Wetton’s “Rubicon” metaphor, and unless you want to get embroiled in the history of Julius Caesar’s tenth legion, then best just listen to the music.

Unlike Icon I, all the musical strands, from the busy chords of ‘Glory Of Winning’ to the fluctuating melodies of ‘Reflections’, intertwine gracefully. This is passionate, articulate rock, with big tracks like ‘The Die Is Cast’ and ‘Rubicon’ layering on a brooding and intense sense of drama. Arguably, only ‘Finger On The Trigger’ cuts against the grain. An out and out melodic rock song, urgent, pounding, it creates a sense of momentum that’s not undone even when the pace of the album slows.

The bonus track, ‘Harbour Wall’ is definitely one for completists. Essentially, it’s a rewrite of ‘Sleep Angel’ from Icon I, with new lyrics, providing a collectable piece of continuity between Icons I and II.

The duo’s stride was well and truly hit with Icon II. Roll on III.

On Icon III (2009), Wetton’s striking turns of phrase and the duo’s tight compositional skills are no longer in conflict with the existential angst that loomed large on the first two albums. The duo seem comparatively upbeat on ‘Twice The Man’, positively redeemed on ‘My Life In Your Hands’, and hit a creative peak on the balladic ‘Destiny’, opening with choral Brian Wilson-isms and understated cellos to cushion the heartfelt, touching sentiments of Wetton’s searching lyrics.

That said, ‘Raven’ is almost its equal. The track has the measured, sombre gait of Nouvelle Chanson. Wetton and duettist, Anne-Marie Helde conjure a quite remarkable piece of unassuming romantic theatricality over the track’s four minutes. Breathtaking at times.

Arguably, those two tracks lift Icon III a notch or two above the other two.

The bonus track, ‘Live Another Day’ was a Japan only track on the original release. 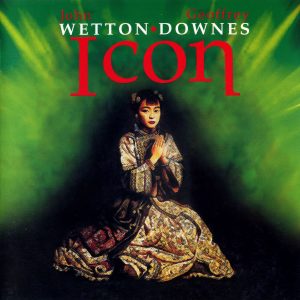 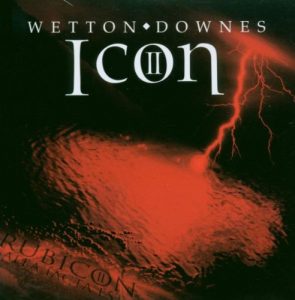 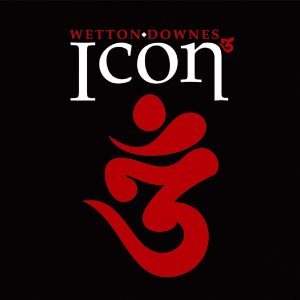