I don’t know what’s currently happening in the land of Oz, but that country is currently birthing an amazing array of alternative bands. Press Club, The Faim, Ocean Grove and Beddy Rays are just a few of the new wave who’ve garnered global attention. Well, now you can add Brisbane’s WAXX to that illustrious list. Having built their reputation on a solid debut album, and two EP’s, WAXX return with their sophomore full-length, At Least I’m Free, and finds the band marching towards global domination.

Originally formed in 2012, WAXX have been honing their craft for nigh on a decade, and opening track ‘Mermaid Beach’ could only come from wise heads. Whilst most bands immediately hit you with an uppercut, WAXX take a more indirect route; ‘Mermaid Beach’ is a slow builder that, almost imperceptibly, adds layers of sound before bursting into life and washing over the listener like a tsunami. If you like the jagged-edged alternative rock of bands such as Hole, then you’ll find a spiritual home in the spiky, amphetamine-buzz that is ‘Mermaid Beach’ (and, indeed, the whole of At Least I’m Free) and it’ll crawl under your skin like a bad case of formication.

For At Least I’m Free, WAXX have employed the same production team who made their debut album (Big Grief) sparkle so. Bernard Fanning (Powderfinger) and Nick DiDia (Bruce Springsteen) have sprinkled their magic dust, and have produced an album that sounds like nothing you’ve heard before. They’ve brought to the fore each of the band members unique forte’s: vocalist Maz DeVita has a wonderful timbre, she sings with both the hope and sadness of a caged bird, and her vocals flutter from speaker to speaker with an air of defiance. Ewan Birtwell and James Gatling’s guitars are given an angular, post-punk sheen, while Tom Bloomfield’s drums are light and unobtrusive, yet sure and authoritative, and by playing to the band’s strengths, songs such as ‘Most Hated Girl’ and ‘Dangerous’, are turned into delectable ear candy.

Following the departure of guitarist and co-writer Chris Antolak, Maz has really stepped up in the lyrical department for this album. You get the impression she’s opened her soul for the world to see, and this gives At Last, I’m Free a raw honesty and create songs that bristle with integrity. It’s the perfect accompaniment to rough-hewn music, and the two conspire to create a full-on sonic assault, yet WAXX fully understand musical dynamics and ‘Help Me Hell’ veers wildly between loud and quieter passages, with each acting as a foil to highlight the other. By the time you reach album closer ‘Whoever’ you may feel emotionally drained having ridden the 11-track emotional roller coaster that is At Last I’m Free. But, hey, nobody said this was an easy listen…but it is, however, always rewarding.

With songs detailing all kinds of personal and collective struggles, At Last I’m Free could have been a rather dour, maudlin affair, but the band are wise enough to wrap their songs in delicious melodies, and subsequently, each track delivers a message of hope. Next stop, the world. 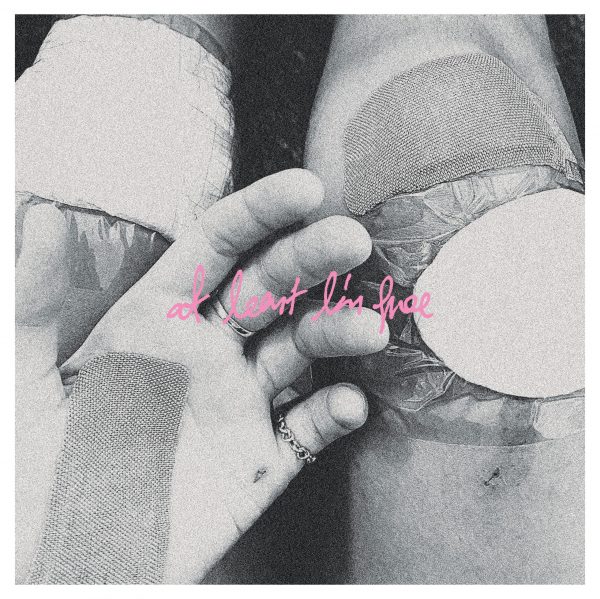