After releasing their latest album at the start of the year, it’s taken until the end of November for The Waterboys to bring their Modern Blues tour to Birmingham. It’s an early start for support act Jarrod Dickensen but that doesn’t stop a good turnout for the Texan band’s set. Handpicked by the Waterboys for this tour, their brand of Americana Country music seemed to go down well with a fair amount of the crowd and enough to see the frontman doing brisk business at the merch stall during the interval. Unfortunately for me I found their set somewhat lacklustre, with Jarrod’s nice hat and beard being more memorable than the music. Horses for courses. Dickenson returns to Birmingham in February with a date at the Glee Club.

The stage is quickly set up for The Waterboys, and its noticeable how simplistic and close everything is together. Aside from the album cover backdrop, there’s no superfluous stage dressing other than a couple of lighted signs with all the band equipment quite close together. They kick off as a five piece with new song ‘Destinies Entwined’ which makes for a dynamic opener, and when Steve Wickham joins in time for the violin solo it receives a further cheer from the crowd.

With Mike Scott, Wickham and keyboard player Paul Brown playing off one another, it’s quite clear that this stage set up creates quite an intimate setting that draws you in. Following a punchy ‘Still A Freak’ Mike Scott takes to the keyboard  for the first time of the evening and  familiar chords start up ushering in a lengthy ‘A Girl Called Johnny’ culminating in an excellent extended jam with guitarist Zach Ernst rocking our and becoming increasing animated.

What followed was a set that stopped off at most points along the Waterboys’ career. The new album is promoted heavily, but it’s good to see that the previous Yeats album was not ignored with ‘Song Of The Wandering Aengus’ which brought Brown’s organ work to the fore. I was also delighted to see ‘The Return Of Jimi Hendrix’ in the set which saw some excellent wah wah guitar from Zach Ernst. The more obvious tracks are also there; ‘Don’t Bang The Drum’ and ‘Whole Of The Moon’, but it’s the final song of the main set that impresses the most; Modern Blues closing track ‘Long Strange Golden Road’ is fast becoming one of my favourite Waterboys’ songs. Starting with the muted chords from Scott, the song builds as the keyboards come followed by the solid rhythm section of Ralph Salmins and David Hood. It also sees Steve Wickham swap the fiddle for some lap steel guitar. Ten glorious minutes of the Waterboys at their very best.

An encore of ‘How Long Will I Love You’ and the timeless ‘Fisherman’s Blues’ is the icing on the cake. But even that it seems is not enough as they come back for their faithful cover of Prince’s ‘Purple Rain’ to round off a superb evening. 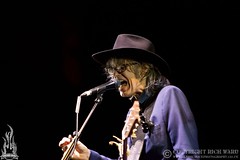 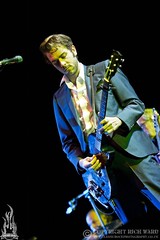 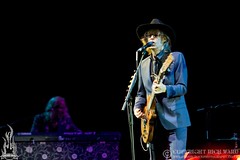 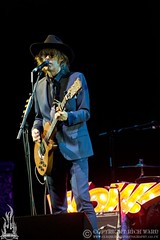 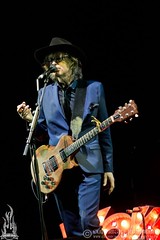 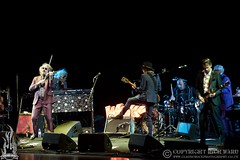 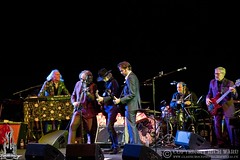 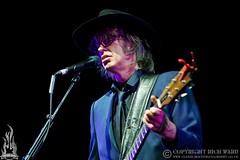 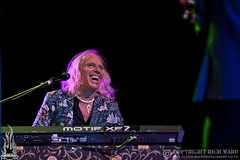 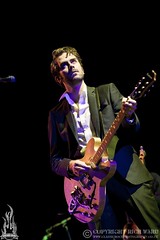 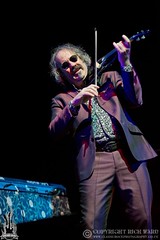 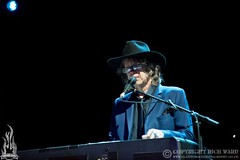 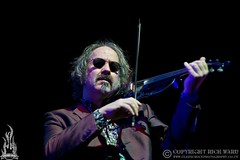 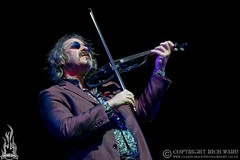 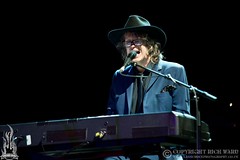 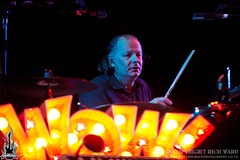 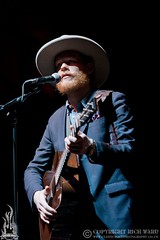 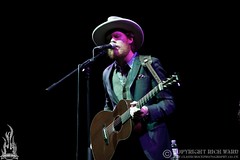 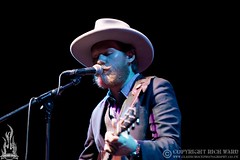