‘Tis the night before the witching month, the spooky season, the halloweenie holiday – it’s therefore apt that we are spending the evening with several groups of ghouls growling about ghoulish things.

Troxy is a Grade II-listed building just down the road from Limehouse Underground Station, and has recently gone through huge renovations. As we stumble in from the street outside, out of the pouring rain, we fall into a luxuriously carpeted foyer that wouldn’t be out of place in a fancy hotel – or perhaps The Overlook (considering the guests we are about to find inside). The art-deco style feels like you’re on a cruise ship in the 1970s and watching it fill up with black metal fans for the Chariots of Fire European Tour is fairly amusing.

Tribulation take to the stage early on, leaping around skull-encrusted crucifixes. The Swedes concoct their own devilish potion of traditional black metal with goth and hard rock, setting the stage alight. Last year they released their fifth studio album Where the Gloom Becomes Sound, carrying on their exploration of horror and the occult. Guttural vocals combined with groovy 70s-style riffs gets the crowd going early on this evening. 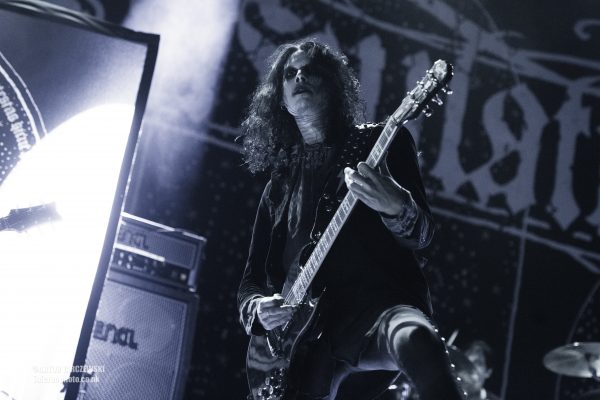 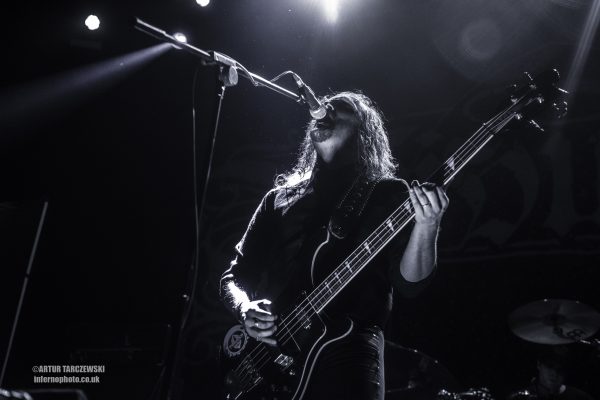 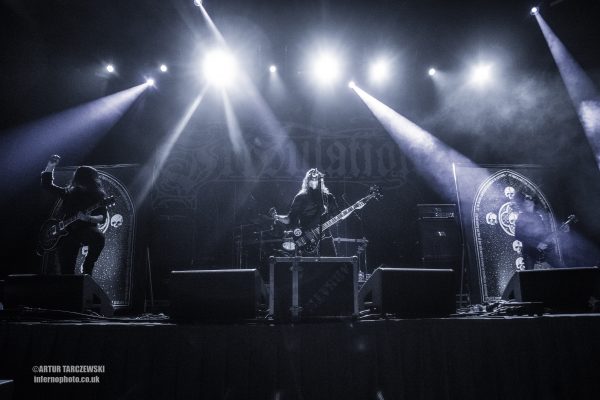 In the brief interlude that follows, several men bring out a flimsy cardboard cutout reading ‘Abbath’, placing it in the middle of the stage in a somewhat humbling experience. But the stage is soon transformed into an operatic display of glorious horror as the Norwegians charge onto the stage to music that would likely resonate with the Stormtroopers from Star Wars.

Relative newcomers in the black metal scene (they formed in 2015), Abbath have quickly become key players in the game. Frontman and founding member ‘Abbath Doom Occulta’ (Olve Eikemo), formerly of Immortal fame, is a captivating if not humorous frontman. A voice so deep that only whales in the Atlantic can hear him, it’s often impossible to make out a single word he is saying.

Still, his presence is strongly felt, standing imposingly wearing giant shoulder pads, regularly letting out evil laughs like a Scooby Doo villain. He plays with the crowd, often stopping to see how many times he can make us cheer before we get croaky and have to give up. With a brand-new album under their belt, Dread Reaver, this evening Abbath goes down a stormtrooping storm. 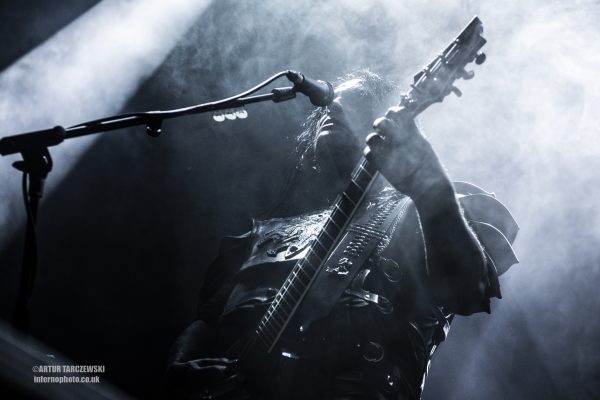 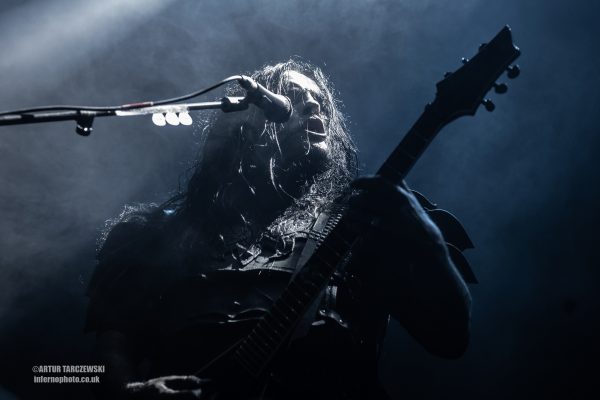 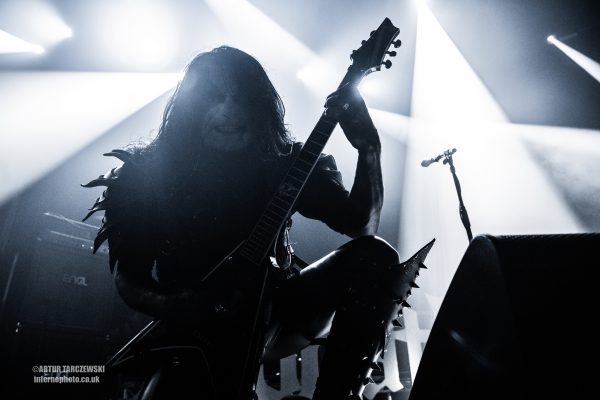 And then finally it’s time for the main meal, the ritual, the gateway to blessed Lucifer’s soul – Sweden’s Watain are taking you into the inferno. The stage is dark, we can make out some crucifixes and something with horns. As eerie chanting rings out across the crowd (the demonic orchestra from hell), mist floods the stage and frontman Erik Danielsson walks out, a torch set alight held above his head. He slowly moves around the stage, with great intent, lighting various spaces – until eventually two giant pitchforks go up in hellish fire.

We are transported into their world with ‘Ecstasies in Night Infinite’, taken from the glorious new album The Agony & Ecstasy of Watain. From the same recent release, ‘The Howling’ proves particularly haunting live – Danielsson telling us we must have our hearts open to the unknown.

There appears to be an issue with his sound at some point, but he masterfully covers it with some more fire and some more animal skulls. He is a true showman. The evening closes with ‘Malfeitor’, earning the biggest circle pit of the night. Danielsson blows out his flames, falls onto his knees and prays to Satan. He thanks us, and then heads off for the night. 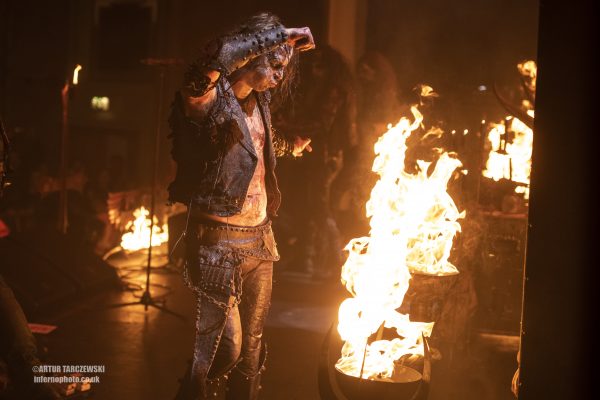 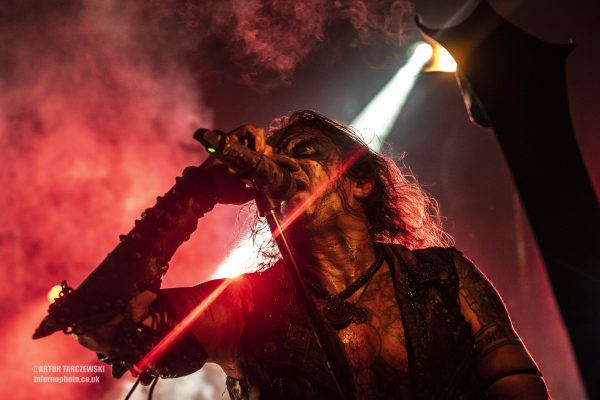 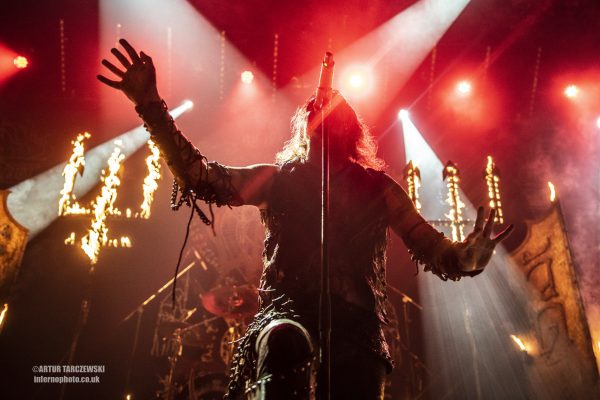 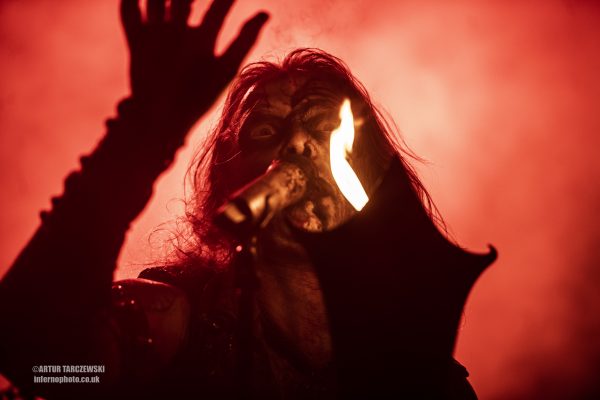