Ok, so let’s fill you in on the backstory first. Waste Of Space Orchestra are a collective consisting of two Finnish rock bands – psychedelic metallers Oranssi Pazuzu and Doomsters Dark Buddha Rising. They joined forces at the request of the Roadburn festival who commissioned them to write and perform a new and exclusive piece, ‘Syntheosis’, which was first performed at the 2018 festival in front of 3000 people. This resulting album is the recorded studio version of said piece (although the live performance can be found on YouTube).

Also, ‘Syntheosis’ has a plot. It revolves around the search for knowledge by three beings – The Shaman, The Seeker and The Possessor. The ceremony ends in, ahem, “the opening of a portal, which sucks the three beings into an alien dimension, which is populated by brain-mutating colour storms and ego-diminishing audio violence. Eventually the three are forced to reach equilibrium and melt their minds into one collective consciousness”. Simples. Based on a true story I believe.

And so, to the music. Opening track, ‘Void Monolith’, was only ever going to be heavy with that title. Gentle plinking gradually gains volume until extreme fuzz kicks in – epic, portentous and a tad proggy. Guitars begin to howl in pain while one massive doom riff morphs into another. So far, so good.

And on it goes. The Shaman appears and adds some seriously high pitched growly vocals, which, oddly, begin to sound slightly vomity. The Shaman, you begin to feel, may have partaken of a bad curry. He is, apparently, seeing “oppressing visions from the bleak future of mankind”…well, that’s bound to make you feel a bit queasy. ‘Seekers Reflection’ adds a distinct Hammer Horror vibe with some deep psychedelia and booming doomage! It’s a massive psyche wig out, the sound of several Hawkwinds trying to out-loud each other.

The 10 minute ‘Journey To The Centre Of Mass’ feels like a centre-piece. Beginning with electronics and horror score-esque dark ambience, the bleeps and squeaks bring to mind a sinister Michael Moorcroft/Dennis Wheatley mash up. It gets indiscernibly heavier until critical mass is reached around the 7 minute mark when a wail of feedback heralds the arrival of ultra heaviness. All hail the guitars – mountainous power chords reign supreme while solos soar around them. Eventually it all fades out to windchimes.

Finally the portal opens and this is where the album really begins to fly. Although the portal doesn’t sound like anywhere you’d want to go! Echoey chanting and spacey FX add to the trippy keyboard drone. The production, the echo and gentle plinks really give a sense of space, infinity. From there we’re back into the massive riffage. The guitars continue the chant. The dynamics, the sense of tension and release, are incredibly effective, leading into an grimly sinister full band metal drone. We’re then back into floaty ambience. You drift in space while sounds wash around you. The background crackling static creates an aural painting.

We end with the 13 minute title track. The keyboards are uber psyche, you almost expect a spoken word Christopher Lee intro. There are major mammoth shaggy stoner riffs that Electric Wizard would be proud of. Guitars crash into more guitars. From storm to calm and back to storm, post rock dynamics are ruthlessly employed. The resulting guitar cyclone is overwhelming, sludging out thunderously to a long feedback drone.

What starts out as fairly traditional doom becomes something much more. A piece that was intended to be heard live works impressively well here due to fantastic production – you really feel that you’re in the portal. Terrified yet ecstatic, floating in time and space. As with the live performance (which must have been quite a thing to see) this is best experienced in one sitting, as nature intended. These brutal peaks and ambient troughs working best when experienced together.

Released on 5 April 2019 by Svart Records 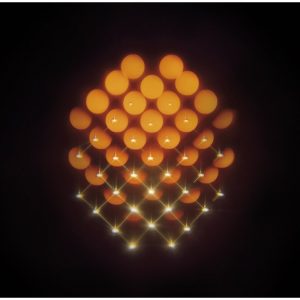