Emblematic Of An Era…

Reviewed By Brian McGowan, released by Rock Candy Records May 2017

If any band could claim to be emblematic of an era, it’s Warrant. Along with MTV and Sunset Strip, they were popular culture’s vital ingredients in 1989.

And they had what it took. Their music, gloriously shallow, triumphantly trivial, struck a chord at a time when style over substance had been elevated to a Glam rock art form.

The secret was the band’s frontman, Jani Lane (RIP). He wrote nearly all the band’s material, and unquestionably had an ear for a memorable melody and a sharp hook.

The debut, Dirty Rotten Filthy Stinking Rich is an uneven affair, but is blessed by a handful of Lane’s poppified rock songs. The album’s winsome ballads, ‘Sometimes She Cries’ and ‘Heaven’, heavy rotation staples of Rock Radio, captured a female market not used to sympathetic treatment in the macho world of rock’n’roll. And as is often the case, it’s only in retrospect you realise that what you thought was the nursery rhyme simplicity of opening track, ’32 Pennies’ in fact was a skilful piece of songwriting craftsmanship. ‘Down Boys’ was the one though, a desperate tale of love and lust, with an underlying trace of bitterness and a great chorus. It suggested the band was capable of so much more.

Cue Cherry Pie. This follow up just rippled with the musical muscle that you gain with success. It showed the band, helped by Hill, knew their market inside out. The title track, ably assisted by a lascivious video, grabbed the party hard teen dollar. (Even today, it’s had 25 million hits on You Tube). Just as ably, the surprising emotional heft of second track ‘Uncle Tom’s Cabin’ carried a sense of subdued drama as it addressed controversial subject matter. (This more imaginative, grown up style of writing was to inform third album Dog Eat Dog. Sadly, it was a commercial faux pas).

Surprise hit, ‘I Saw Red’ was written by Lane from health sapping personal experience. Initially underwhelming, it develops a considerable emotional kick as the story unfolds. ‘Blind Faith’, the fourth single, drills down into the same power ballad seam that was mined so ruthlessly by every pop metal band of the time (Cinderella did it best). But like DRFSR, the album falters a little between times.

If nothing else, these remasters underline producer Beau Hill’s MO. The way each song and each instrument is treated as an individual entity and is allocated its own resources or its own unique role. Most notably, Steven Sweet’s percussive contribution can now frequently be heard in detail. Impressive.

There are de rigueur bonus tracks – acoustic versions, single edits and so forth. Plus the now customary previously unseen pics and informative essays added. 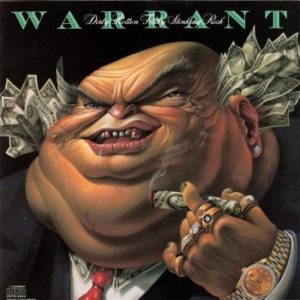 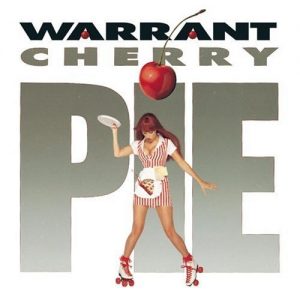