For the uninitiated, W.E.T. are something of a Scandinavian Melodic Hard Rock super group, comprising Robert Sall of Work of Art, Eric Martensson of Eclipse, and Jeff Scott Soto, who might be American and once of Journey, but also singer for Yngwie Malmsteen once upon a time, and the much-missed Talisman. (Work Art, Eclipse, Talisman: hence W.E.T.). The trio started working together when Sall and Martensson were asked to write songs for a Soto solo album, an inspired match up that subsequently became a band, resulted in a terrific debut album and which played one of the finest and most emotional sets the Firefest event ever saw. ‘Retransmission’ is their fourth studio album, for which the trio are augmented by drummer Robban Back, who’s played on all of W.E.T.’s studio albums, and who played with Eric Martensson in Ammunition and Eclipse, and also Royal Hunt’s bassist Andreas Passmark.

‘Big Boys Don’t Cry’ is a great lead-off track, the band’s customary style of melodic rock with a toughened-up backing, fortified by writers of the quality of Martensson and Sall and their uncanny ability to nail a great chorus, and being able to spilt the vocal between excellent singers like Martensson and Soto doesn’t hurt, either. ‘The Moment of Truth’ is almost as good, with Passmark’s bass driving it along and another excellent hook. Although they have their own style, they aren’t afraid to mix in some different styles, either, ‘The Call of the Wild’ has some funky guitar and Bee Gees style vocal backing that may well have some hard core AOR fans reaching for the smelling salts.

‘Got To Be About Love’ is a slower song, almost with a Bryan Adams feel. It’s perhaps not the strongest song on the album, although Jeff Scott Soto gives it his all, he really is one of the most underrated singers on the scene, and should be better known than he is. ‘Beautiful Game’ takes the pace back  up before ‘How Far To Babylon’, which has the same kind of swagger as Aerosmith’s ‘Rag Doll’ and is one of the best tracks on the album, and ‘Coming Home’, which has a great staccato riff and another cracker of a chorus.

It’s odd when you consider the writers on this album, but it feels like the two slower songs on the album aren’t among its best moments. While ‘Got To be About Love’ has that great Soto vocal to help it stand out, ‘What Are We Waiting For’ isn’t as immediate and doesn’t really impose itself on the listener. There’s another spot of genre mixing about ‘You Better Believe It’, which, like ‘The Call Of The Wild’, has a definite disco tinge, and which will probably sound terrific live, but instead of keeping the pace up, the band take their collective feet off the pedal for ‘How Do I Know’, which, as well as being one of the lesser songs on the album, does tend to drag in the middle, but they redeem things with the excellent closer, ‘One Final Kiss’, which is a bit of a cracker and another one that would sound great live.

This is a quality addition to W.E.T.’s already fine catalogue. It doesn’t quite reach the heights of the debut, although that would be a very high bar for any band to clear, there are one or two flat spots, and the ballads really don’t match up to something like the debut’s ‘It Comes Down Like Rain’. But I do suspect you’re really not going to hear many better AOR/Melodic Rock albums in 2021 than ‘Retransmission’. If only we could get to see them play live again. 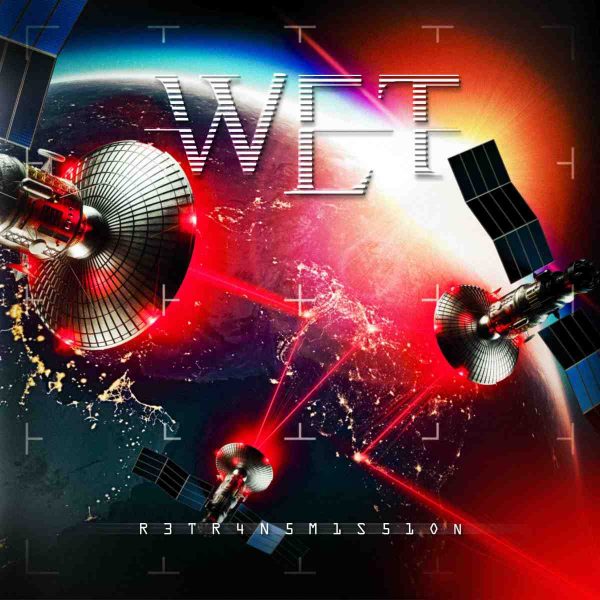