One of the pleasant side-effects from the success of the HRH/Hammerfest events is that several of the bands schedule tours and other gigs either side of the event, either as warm-ups, or to make it cost effective to come to the UK. As a result, despite already having toured the UK to promote their most recent album, New Day Rising, one of Finland’s very best bands, the Von Hertzen Brothers, played some additional dates either side of their appearance at HRH Prog. The original gig was arranged for the Oobleck, but following the closure of that venue, the gig was hastily re-arranged for the Rainbow, a little further down Digbeth High Street.

While tickets for the original date were valid for this one, and I’m not sure how many were sold, but the Rainbow was very busy on the evening, even as the support band, Messenger, from London, took the stage. They didn’t have a lot of room to work with, being a five piece, with two guitarists and a keyboard, with drummer Jaime Arellano’s drums at one side of the stage and bassist James Leach almost invisible at the back of the stage. With such a dense, complex sound, the Rainbow’s PA occasionally struggled, with the keyboards reduced to inaudibility at times, but the band held the attention, there was a lot to like about them, and I did admire the almost extreme Progness of changing guitars midway through the opening song, not for technical reasons, but for a different tuning. Overall, their sound swayed between almost Anathema-like atmospherics and  very 60s psychedelic influences, while in some of their newer material, like ‘Celestial Fire’, a song off their forthcoming album, they seemed to be tapping into the mix of space rock and blues that Pink Floyd were exploring in the years leading up to The Dark Side Of The Moon.

I did have a couple of reservations; firstly, from a presentation point of view, the band seemed to take an awfully long time between songs tuning up, with no one engaging with a crowd that that became more restless and talkative as the delays went on. Secondly, I didn’t find the vocals that convincing, particularly when struggling to impose themselves over the complex and ambitious music. Nevertheless, Messenger look to have the potential to move on to much bigger things over the next few years, and will be well worth watching out for. 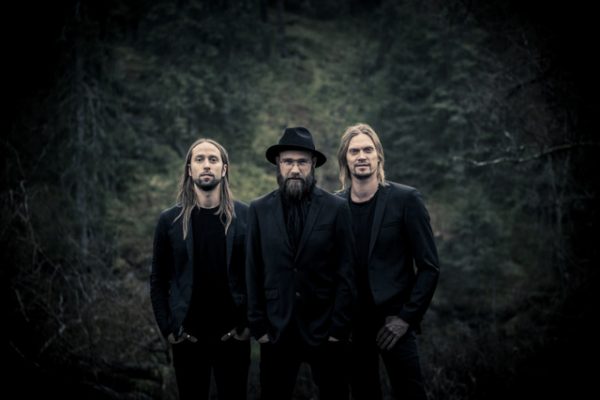 By the time The Von Hertzen Brothers took the stage, there wasn’t a lot of room left in the Rainbow Courtyard, and it seemed to be a shame that the band couldn’t find a bigger and better venue in the time they had to rearrange the gig. It certainly didn’t affect their performance, although at one point, Miko von Hertzen bemoaned the fact that the lights at the back of the stage were inoperative, meaning that the band couldn’t see their pedal boards properly, the band seems to hit their stride immediately with the title track off the album, and being able to follow with songs as good as ‘You Don’t Know My Name’ and ‘Flowers and Rust’ warmed things up nicely. ‘Flowers and Rust’, incidentally, was dedicated to a fan who travelled down to the gig from Glasgow to celebrate his birthday.

The band aren’t in the habit of playing the same setlist on different tours, so there’s always a surprise in store, and including the gothic splendour of ‘Endlessly’, a song from their second album, ‘Approach’, never released in the UK, definitely did the trick, and for good measure, they added another two songs from the same album, a quite magnificent ‘River’ and, in the encore, ‘Disciple of the Sun’. For those who think of them as a prog rock band, ‘All I Need Is A Miracle’ must have been startlingly heavy, and while Kie von Hertzen’s vocal showcase ‘Coming Home’ wasn’t quite as jaw-dropping as when the band played the Slade Rooms a few months back, it was still a thoroughly exhilarating ride. Good, too, to hear ‘Voices In Our Heads’, from the ‘Stars Aligned’ album, with its clever undertone of electronica, and ‘Sunday Child’ from the last album, during which Miko didn’t need to do a lot of persuading for the crowd to join in on the choruses, what he described as a ‘blissful moment’ for a songwriter.

The Von Hertzen Brothers always seem to put on a good show, and tonight was no exception, even if it didn’t quite reach the heights of some the ones I’ve seen previously. Don’t let the ‘Prog’ tag put you off, this is a seriously fine rock band, who can deliver on stage like few others around at the moment. Thoroughly recommended.