Paul Castles calls for a sick bucket before plunging headfirst into the new album from death metal commandos Vomitile, whose third album, Pure Eternal Hate, was released via Satanath Records and Hecatombe Records on 18 April, 2018

There’s a lot more to Vomitile than a sick name. From the explosive start of ‘Mass Extermination’, the Cypriot crushers signal their intentions from the gun. This is slug it out old school death metal and despite the warm temperature of this quartet’s homeland don’t go looking for many too many rays of sun amidst these 10 face-ripping tracks.

The band came together just over a decade ago inspired by the likes of Morbid Angel, Bolt Thrower and Cannibal Corpse. With two albums behind them (2013/14) Vomitile have risen through the ranks until they’ve been able to support the likes of Sodom, Kreator and Obituary. Pure Eternal Hate is their third album – released through the excellent Russian label Satanath – and carries enough slug in its metal to suggest this Mediterranean mob can reassert their reputation for delivering uncompromising gore splattered death metal.

On tracks such as ‘Hatefield’, Vomitile find their stride with the deep rumbling bass of vocalist Khatch Yildizian opening the doors before the more scissored rhythm pairing of his brother George and Panos Larkou steams in. Hugo Olivos maintains a sustained drum attack throughout, dropping in the blastbeats at the appropriate moment as Vomitile mix up the tempo to serious effect. 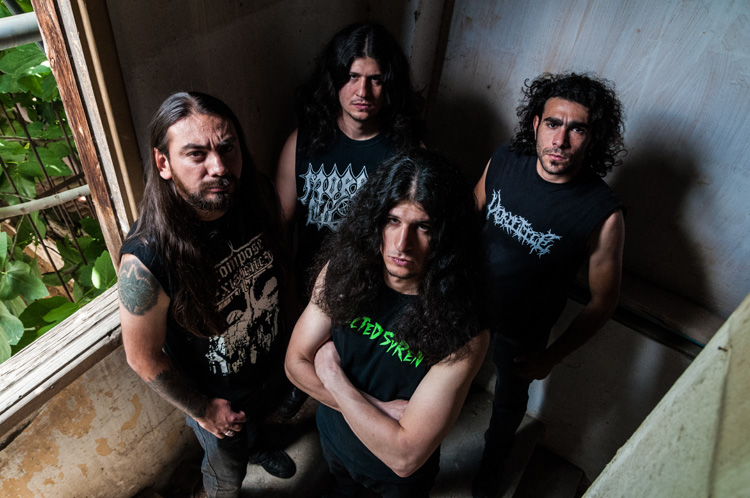 The Cypriots are no amateurs and while looking back a couple of decades for their influences, their sound remains acute and the Nicosia nihilists display their own songwriting skills superbly on the likes of the menacing ‘Executioner of Strength’. A slowburner, given time to expunge air, the groove alone makes the song but when the deep throb adds further bicep flexing power, the quartet’s alignment is impressive.

‘Nothing But Pain,’ the album’s longest track at close to five minutes, has another rapier riffage section that pulls you straight down the throat of the song. There’s a smouldering breakdown here that will hook you in until the end of the Summer, while throughout the album production levels stay sharp but not so clean as to smooth out the old school garage feel.

‘Carnal Surgery’ is probably what some people will need if they make it to the brutal final track. But if you like your DM shoveled into your gullet with the savagery of a hyena tearing into its prey, then Pure Eternal Hate will not disappoint. 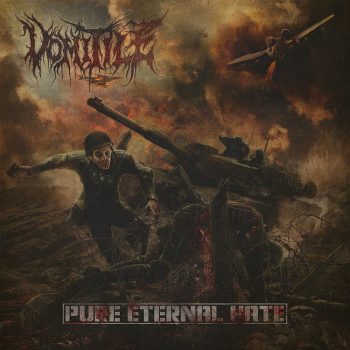