On this blisteringly hot evening, the leatherclad, sword-wielding warriors Visigoth sold out the Boston Music Room in Tufnell Park, with fans desperately scouring the web the day before for a kind soul with a spare ticket. With only two UK tour dates on this Euro jaunt – the other being another sold-out show in Newcastle – these much sought after tickets were being treated like rare mystical treasures.

Arkham Witch took to the stage just before Visigoth. This is an established band with three full-length albums to date. Inspired by all things witchy and mystical, the 2015 album I Am Providence, strongly influenced by the works of H.P. Lovecraft, one may think these northerners are just another power metal band.

Like Visigoth, they are all about the surging riffs; just check out ‘Legions of the Deep’. But the major difference in the two is the frontmen. Arkham Witch’s Simon, described on their official Facebook page as “Voice & Doom Vibrations” has an element of raw 70s punk about him. I even spotted one or two Billy Idol lookalikes pogoing away down at the front. Power metal themes combined with this nod to the punk era offers something new and something intriguing to the traditional sub-genre. My head was suitably turned. 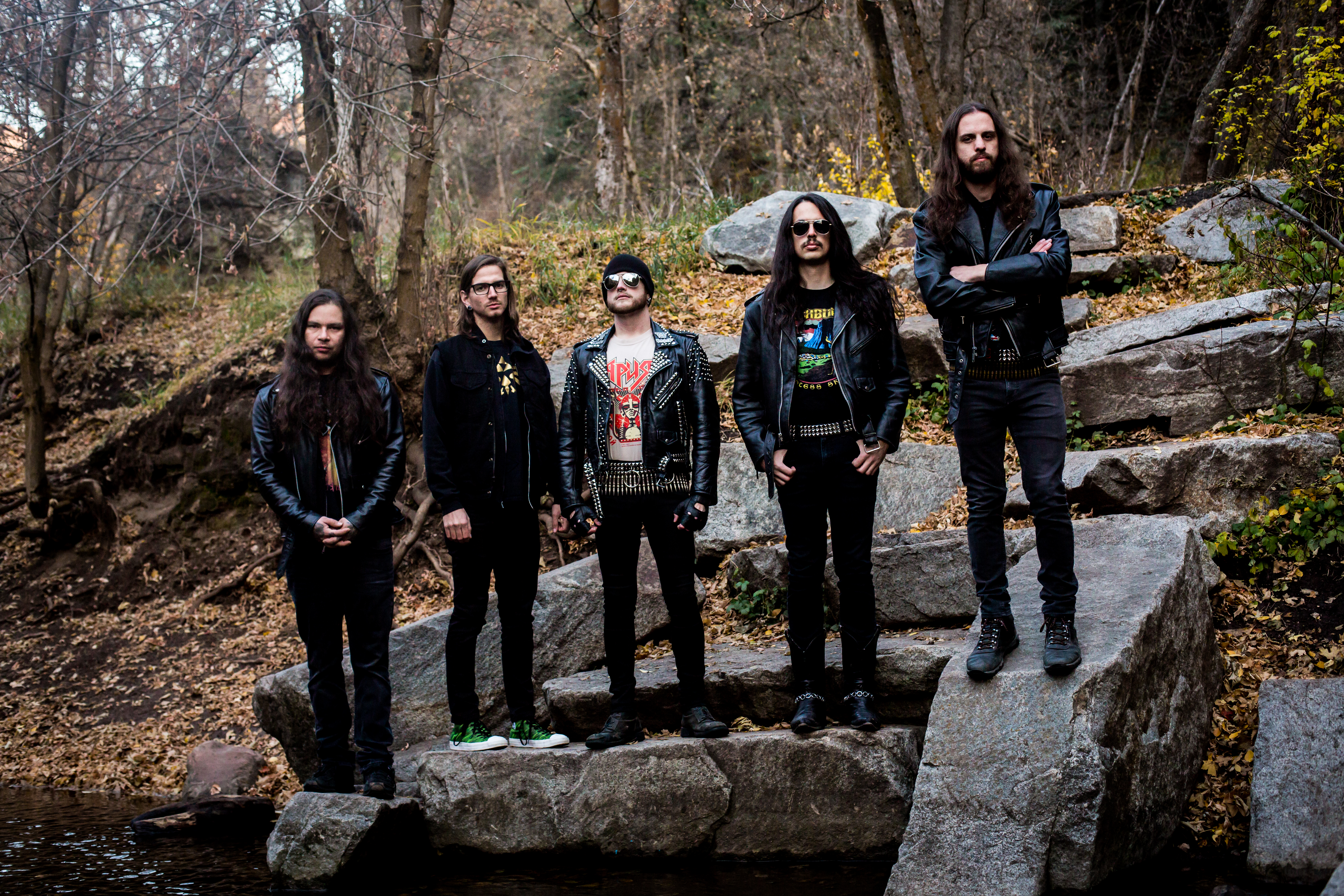 And then the guys from Salt Lake City stormed onto the stage. Jake Rogers is captivating as a frontman with those studded leather armlets and dark too-cool-for-school shades. His strong clean vocals manage to combine something of Ozzy Osbourne with Bruce Dickinson. Power metal meets 70s hard rock. He throws back his head and roars “Warrior Queen!” with underrated vocal strength and character.

However, Rogers sounds best when joined by the backing vocals. We are transported to a medieval tavern where pirates have just returned from a long voyage, telling us of their adventures. And with fans as dedicated at these, singing along to every word, the crew was a big one.

Visigoth are far more catchy than most power metal bands; they don’t rely on seven-hour solos to win over the pit. They move quickly between fast and powerful choruses to toned-down and almost delicate storytelling verses. No wonder they were shortlisted in the ‘Best New Band’ category at the recent Golden Gods Awards. With two full-length albums under their studded belts – Conqueror’s Oath released earlier in the year via Metal Blade Records – Visigoth already have a catalogue of hits which they performed for an appreciative crowd, including ‘Steel and Silver’ and ‘The Revenant King’.

Having previously steered clear of traditional power metal, this evening opened my mind to the genre. Bands like Arkham Witch and Visigoth are breathing fresh life into a genre that had shown signs of growing stale, merging elements of punk and 70s hard rock to create exciting new sounds. Whilst some may find this alienating and controversial, I am indeed converted.