With debut demo Codex Perfida (reviewed here) casting a menacing shadow when released in December 2014 and their first official EP The Cursed Travails of the Demeter (reviewed here) kicking the shit out of all that sat in that shadow, Vircolac established themselves as a violent and savage beast more than worthy of your time. 2019 and their first full length release is upon us and once more we are blessed with more of their kneecap-gnarling, fibula-fracturing, pelvis-pummeling, rib cage-ripping, torso-tearing, eye-gouging brutality that only the Punisher could possibly survive (seriously, have you seen the battering he gets in season 2!).

What we have with Masque is a band with a clear understanding of exactly what they can do with the tools they have. Ominous and atmospheric, there is a thick, toxic air breathing life and death into each of the seven monstrous tracks. Dense and dark throughout and with the title track centrally placed, where the first three tracks bear an urgent insolence, the last three are weighted with an atmospheric heft, the title track marking the crossover between the two. Structurally, this makes for an album that plots an enthralling arc and allows the band to craft something much bigger than the sum of its parts.

Taking the “obsequious venality that governs the world we inhabit and inherit… the conclusion of this being the mass  industrialized slaughter of much of Europe’s young in the great war” as Masque’s theme, Vircolac have unified concept and composition seamlessly and flawlessly. Seriously, this album demands repeat plays. Intense, brooding, all-consuming and colossal, take Masque as a face-value death metal album if you want but you’ll miss the depths that the band has obviously worked tirelessly to weave into this deathly delight. 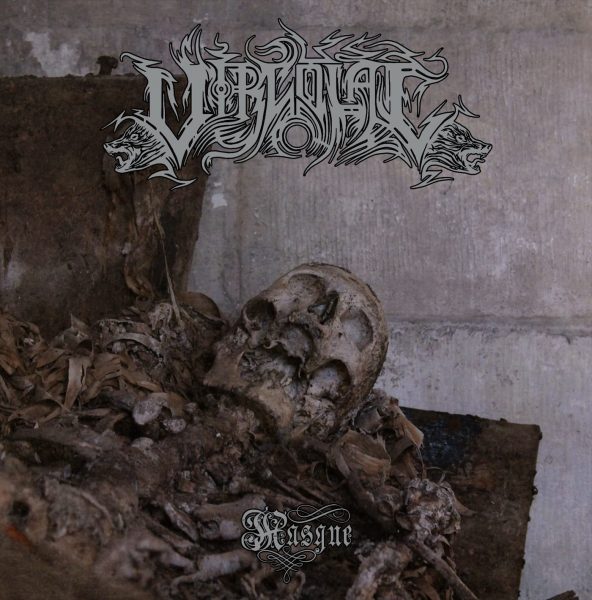