Maelstrom, is that you? Why, yes.

Vassafor’s trademark void-fucking barbarity bleeds into every aspect of the band’s four contributions to this split. Even the menace that unfolds with the slowly clambering guitar lines of the two-minute intro is enough to destroy the dawn. Densely oppressive and ruthlessly vicious, again the sound of this is dark and weighted. Blasting chaos and contagion and dragging like a corpse, Vassafor continue to deliver superbly crafted, callous, cold and vicious black metal. Maelstrom? Why yes.

Temple Nightside – a new band to these ears (unending shame and torture be upon me!) – are no less brutal. After a compulsory sinister intro, tempos switch between the doom and the debauched as the two tracks’ thick air suffocates and their sprawling soundscapes consume. Two tracks and seventeen minutes of mesmerising and crushing death metal. ‘Ave it! 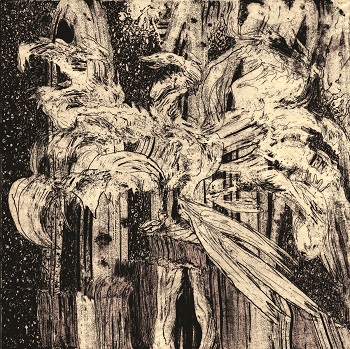