Dutch guitarist Adrian Vandenberg has been out of the music business for a long time but he has returned reinvigorated and ready to take on the world again with his new band Vandenberg’s Moonkings. Even though he carved a name for himself as a solo artist it was his stint with Whitesnake that elevated his name into the stratosphere and it’s cool to see the Moonkings have the full support of David Coverdale who even sings on the bonus track, an old Whitesnake track, ‘Sailing Ships’.

I was taken aback by this album on its first spin, it seems Vandenberg’s time away hasn’t rusted or diminished his guitar skills. This is groove-laden classic rock which should appeal to fans of blues-era Whitesnake which see’s Vandenberg unleashing some monolithic swaggering guitar riffs. Vocalist Jan Hoving has a touch of the Coverdale to his voice and even more so in his delivery and this isn’t a bad thing, even if you can hear quite clearly whose vocals he’s trying to emulate. But who doesn’t love soulful vocals?

Vandenberg has stuck to the basics here going for a stripped back approach and not over-polishing the sound, giving his songs a raw soul which should agree with the average seventies classic rock fan. The swaggering energy that he has created here makes you instantly desire to hear these songs live as they have an earthy power that should come across well and excite a gathering of rockers or at least get some hair flying and some bodies bouncing.

Although the album as a whole is pretty solid balls-to-the-wall bluesy rock ‘n roll, I have a terrible soft spot for the ballads ‘Breathing’ and ‘Out Of Reach’. Here, Vandenberg indulges in some strings to enhance the atmosphere on these emotional ballads. His guitar parts are sublimely evocative and along with the strings and Hoving’s soulful voice these songs created a big impression on me. I do return to these two songs frequently and although ‘Breathing’ is the most immediate of the two it is actually ‘Out Of Reach’ which ultimately hits me harder.

Although I am drawn to these two songs (I am a bit of a soppy bastard), it is the full on energetic rock on roll that makes this album so much fun to rock out too. Vandenberg knows how to get his groove on building to some really uplifting choruses on rockers like ‘Steal Away’, ‘Feel It’ and ‘Good Thing’ which leave you with a big smile and a sore neck.

If you were previously a fan of Vandenberg you’re going to be dribbling like a loon to the Moonkings! Highly recommend for fans of seventies blues driven classic rock and blues era Whitesnake. It’s been a long time coming but Vandenberg has definitely re-emerged with an album that will blow the cobwebs away and get you rocking! 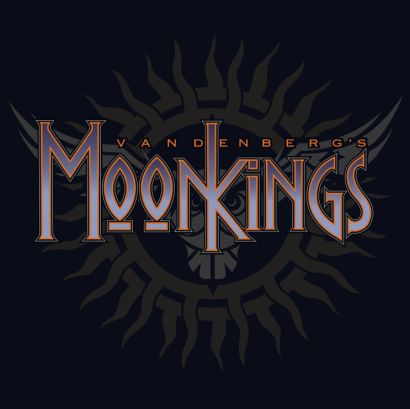