By the time we reached 1990, the eighties’ melodic rock sound had become a milky solution so diluted by constant imitation that when you look back it’s no wonder that Nirvana and Pearl Jam pulled the rug from under.

Still, here was a band whose axemen sounded a lot like Dan (Giant) Huff and Eddie Van Halen, and whose singer sounded vaguely like Steve Perry. A recipe for instant success, right?

The band’s songs just aren’t consistently strong enough to carry a full album. There are some half decent efforts. ‘No Way’ and ‘Too Much Is Never Enough’ are two, both relying heavily on Adam Holland’s showy, squealing axework and glorious “choir and keyboard” choruses. Not far behind, you’ve got to admire the way in which producer, Neil (Scorpions/ Kansas/ Dokken) Kernon stretched genre boundaries into new, imaginative shapes on the punchy, Journey-esque, ‘Once In A Lifetime’; and equally, just how the band appropriated the Autograph sound with ‘Where Are You Now’.

But elsewhere, too many songs are shiny and shallow, and too many lyrics dull and derivative. And in the end, the songs you write are equal to the success you might, or might not achieve.

The original sound is coated with so much polish it’s hard to remaster without being blinded by reflected light. But as usual though, Rock Candy’s Tech Team do a fine job. 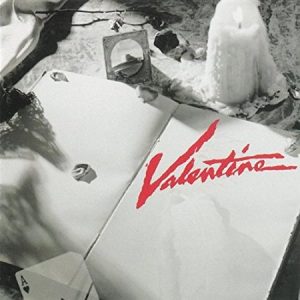