Paul Castles wollows in the misery created on this debut release by Polish trio Useless, cast onto the funeral pyre by Third Eye Temple Records on 2 September 2016

OK, so the name is Useless but this album most certainly is not. In fact the name leaves you cold which is a shame because this band, who hail from Poland, and their debut album, certainly merit close inspection.

Absence of Grace is a compelling five-track release utterly absorbed with frostbitten black metal grooves that work their way into your consciousness so effortlessly you suspect someone’s turning a Phillips screwdriver. The black metal narcissism simply oozes from its very pores, a totally vacant feeling creating an uncompromising atmosphere of despair, indeed utter Uselessness.

The five tracks are fairly similar to Burzum with their repetitive drones and strains. Each piece stretches out into the ether sustained by a whining riff and steady percussive backdrop in which lyrical input is scarce and when it does permeate the toxic tundra is entirely indecipherable as of course most of the best black metal usually is. 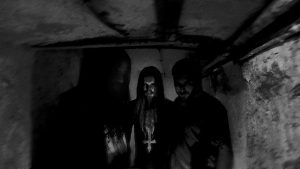 The tempo is regulated and restrained, never descending into full on cataclysmic carnage. The preference instead is to inflict the damage at a more ponderous pace but one that beats with a hollow heart such as with the hypnotic opener ‘Black Wolf’. The one song where a degree of urgency is injected is ‘Anesthesia Dolorosa’, which while still in the same aurally distorted form as the other four songs, is briefly allowed the room to gallop at a slightly quicker tempo.

As for three band members, we know little. The trio each simply offer a solitary initial by way of introduction with M on guitars/bass, Z on drums, and J providing the thinly stretched vocals barbs. The five tracks pass by almost as a single collective in about 35 minutes and while another song or two would have been welcomed, the Polish trio have certainly got their point across, albeit a completely bleak and oppressive one. 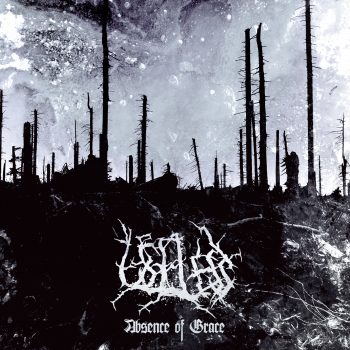