And It Gets Better…

Second in this 3 CD Boxset is live album Spellbinder, from 1996. Essentially a recording from the Sea Of Light promo tour. Bizarrely, it features only 1 track from the album, while equally bizarrely trailing a cover version of Survivor’s wonderful ‘Across The Miles’, which was to appear on the following year’s studio release, Sonic Origami.

It’s largely a set list of the usual suspects, pristine, neatly presented, sonically sound, with a clarity and punch uncommon on live material… a “greatest hits” package, done larger than live. For the inquistive rock fan, keen to hear what the band sounded like live in the last century, Spellbinder would be the appropriate entry level product.

The nineties was fertile ground for any band with an armoury of low slung chords and a deep seated fear of arena ready melodies. Many of Uriah Heep’s peers, unmoored from a rock’n’roll culture that took root in the seventies, drifted off into oblivion. But Heep stood tall. They may have been ‘umble still, but they rediscovered the ‘eaviness for 1996’s Sonic Origami. The music was wider and deeper than what went before. Treading the boards for 20 years teaches you stuff. You learn to map new paths to the same destinations.

On opener, ‘Between Two Worlds’ the constant need for evolution makes a tiny spin. Crackling with kinetic energy, the track brings together all the bands classic rock strengths on a pulsing mix of epic, operatic choirs and smooth, rhythmic hard rock. The anthemic ‘Perfect Little Heart’ evokes Chris Thompson and Mr Mister… the spine tingling orchestral middle section is worth a review all on its own. The calculated bombast of ‘Only The Young’, the dreamy textures of ‘Shelter From The Rain’ and the Progrock revisited tones of ‘The Golden Palace’ make for equally standout material.

At the time, many critics immediately showed sound judgement by elevating the release into their ‘Top Five Uriah Heep Albums’. It’s an exalted position that’s stood the test of time. 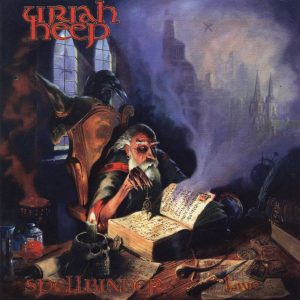 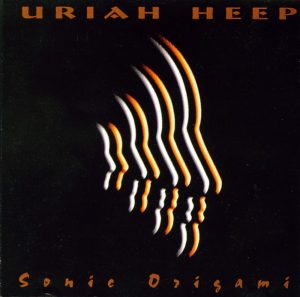