Outsider is staggeringly the 24th studio album from legendary UK classic rockers Uriah Heep. It comes just a few years after their well received Into The Wild opus. Unfortunately I found that album a little underwhelming and felt it missed just a little bit of spark to make it stand out. After popping my Heep live cherry earlier this year at The Robin in Bilston and been totally blown away be them I was hoping that with Outsider they would rediscover that magic that has made them one of the most popular and successful classic rock acts for over four decades.

They have definitely got back in their groove as there isn’t a single track on Outsider that doesn’t hit me in one way or another. It’s steeped in a traditional classic rock sound with a highly melodic sheen, it pretty much sounds like you’d expect a Heep record to sound like, only with every song been a winner and bound to impress. I’m sure Heep fans will be bouncing off the walls when they crank this one up. Guitarist Mick Box has still got plenty of killer riffs left in his bag of tricks as we are treated to some wonderful guitar playing and head nod inducing riffs.

Listening to these songs over and over and the wonderful vocals of Bernie Shaw has given me a new love for this man’s talents, powerful and melodic. Phil Lanzon’s Hammonds are lovingly drenched over the entire album accentuating the seventies rock vibe but also on my occasions hooking you into a song a driving you to crank the volume just one more notch! This has to be one of the strongest classic rock records I’ve heard in a good while as it’s chock full of standout choruses, chest beating arena anthems, strong rhythms and kick ass riffage.

The title track ‘The Outsider’ features a cracking riff from Mick Box and it’s a fantastic energetic rocker with a kick ass chorus. It’s hard to pick out stand outs such is the strength of this album but another highlight is ‘Jessie’ which does have a traditional classic rock vibe but it builds to a deliciously melodic chorus. ‘The Law’ is a chest beating arena anthem, ‘Rock The Foundation’ has a great feel good chorus and ‘Can’t Take That Away’ is an up tempo rocker with an arena sized chorus. But seriously you need to check them all out.

There are plenty of bands out there right now trying to capture the sound and feel of seventies classic rock and in most cases failing miserably, but here on Outsider one of the genre’s elder statesmen have shown the younger generation just how it’s done with consummate ease! If you’re a Heep fan you’re in for a treat, but I highly recommended anyone with a penchant for the seventies era to give this one a spin, best served loud and with beer! 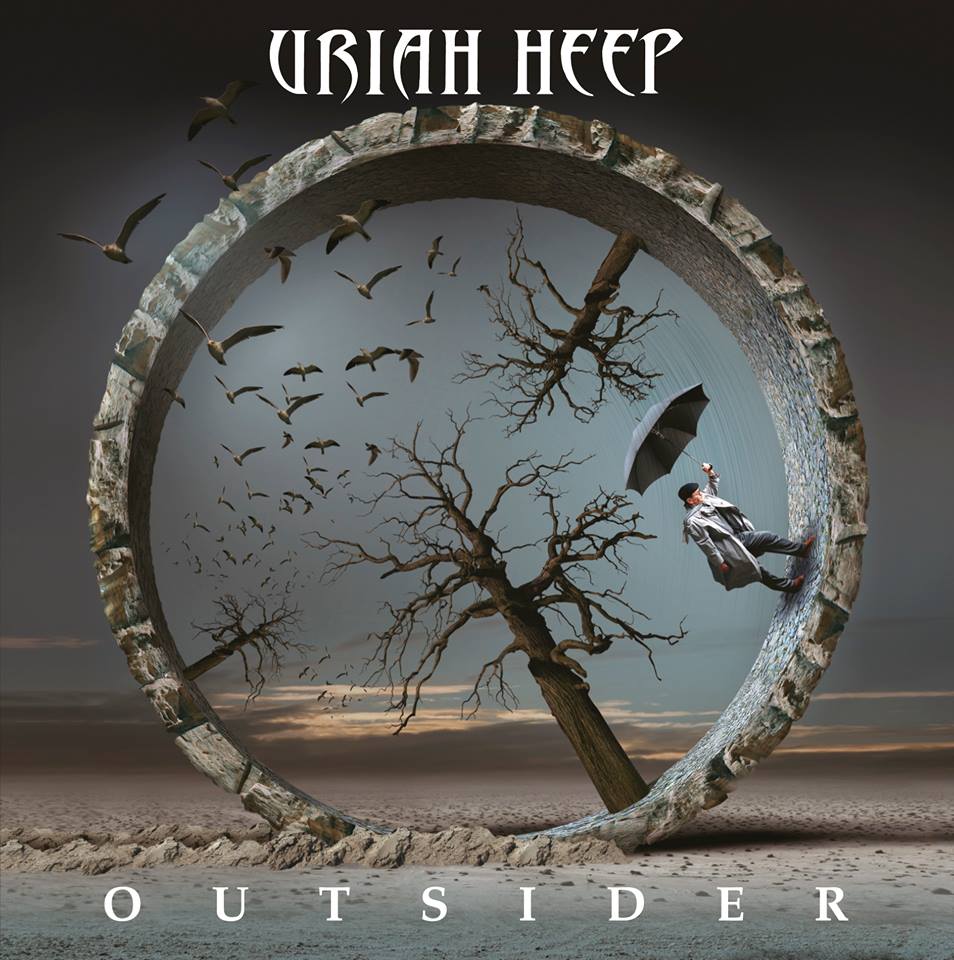