There’s so much going on in this debut release by Unmensch that you have to do a double take when learning that this is a one-man operation. Quite simply there’s so much aural asphalt being kicked up into a wicked whirlpool of insipid black metal on Scorn that the natural assumption is that there are three or four people at work here.

But no, ‘ZR’ from Flanders is very much the Commander in Chief, albeit one keen to keep his identity under wraps. His words alone count and his vocal bark is snappier than a recalcitrant pup. Except his cries have the bite to go with the bark.

From the opening mayhem of the despairing ‘Let the World Drown,’ Unmensch set about creating as much nihilistic mayhem as possible, the furore lunging through ‘Dispensable Souls’ and ‘Conquered by Sin’, the gyrating tempo rarely anything other than full-bloodied.

There’s an inherent sense of evil running through the black heart of songs such as ‘Storm Breaks Loose’. The atmosphere is claustrophobic with just fleeting breaks in the wall of guitars that inflict the damage throughout this album, only occasionally allowing shards of light to cut through the darkness.

With a sharper point to their slightly more rounded countrymen Wiegedood, Unmensch go for the jugular as they rage against the herd-like mentality of people and their inability and reluctance to challenge and question.

Banal acceptance is not in the make-up of ZR, who you suspect is not the kind of guy you’d want to wrong change in a shop. The anger rarely relents throughout Scorn as the demonic flames are whipped up into an inferno the further into the nine tracks we go.

At almost 10 minutes, the longest composition by some distance is ‘The Path’. Very much a slowburner, the mood here is one of unbridled horror, the vocals snarling and dripping with contempt. It shows a different side of Unmensch who maintain the overall feeling of impending doom but deliver it in a creepier fashion… Hell yes, just not hell for leather.

ZR approached Immortal Frost Productions with this album and it’s no surprise that this was a marriage made in Heaven, although that has to qualify as an oxymoron, as Unmensch – which means non-human – are very much immersed in the blasphemous bowels of Hell.

Reviewed by Paul Castles
Scorn was released via Immortal Frost Productions on 30 August, 2019 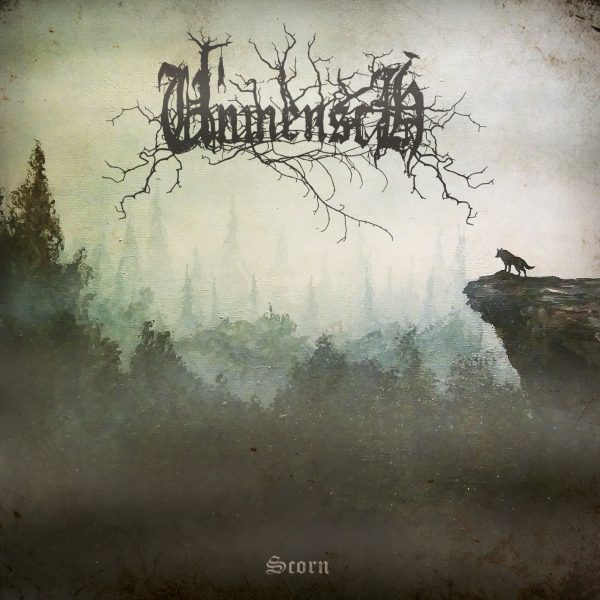