Oh! What A Night…

When you include in your number, Kai Hansen, Michael Kiske, Dennis Ward and Mandy Meyer, and when your joint CV lists Pink Cream 69, Helloween, Gotthard, Krokus, Gamma Ray and Asia, then the sobriquet, Heavy Metal Supergroup sits easy on your shoulders. And, that said, as aficionados are well aware, Unisonic’s music is informed just as much by Classic Rock legends like Judas Priest and Deep Purple as it is by their own past.

That whole swirl of influences coalesced on Unisonic’s self titled debut (2012) and subsequent follow up, Light Of Dawn (2014), with the prolific Ward contributing the bulk of the material.

Armed then with an incomparable arsenal of tried and tested metal weaponry, and vast experience of playing live in front of huge crowds, Unisonic went to Wacken in 2016 and burnt the house down. Of course, this was not a crowd that had to be wooed and won over, but the band displayed a spirit of adventure that was perhaps unexpected. A blazing performance of ‘Exceptional’, opening it up and out into the melodic rock monster that it should have been on the album was the first clear sign that something special was happening.

During the standout moments, the band give ‘Your Time Has Come’ and ‘When The Deed Is Done’ the full rock-opera weight they deserve, flamboyant, majestic, like we’re stealing glimpses of one of Priest’s battle hardened epics, lighting up the Wacken Open Air night sky.

The venue itself has become as famous as the bands who play there. It has built a reputation and a pedigree since its inception in 1990, not least because of the investment in state of the art recording equipment and skills, both video and audio. The camera angles and frequent change of perspective animate the action with plenty of (but not too much) designer shooting and cutting. Dozens of bands have released live CD/DVD sets on the back of this. Including this one. No surprise. 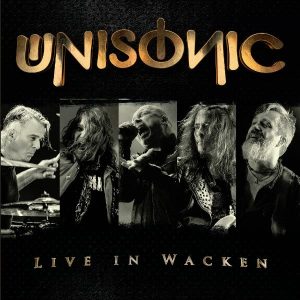