As they did with their debut, Unisonic release a taster of their forthcoming full studio album. Six tracks in total, two studio, and as a bonus, four live tracks, taken from the band’s gig at the Masters of Rock Festival in Poland, 2012. The steampunk cover art is new, and pretty damn cool, but it’s the same band, Kiske, Hansen, Meyer, Ward and Zafiriou. Still firing on all six, still pedal to the metal etc etc. Confirmed fans will love this, conversions will be few.

As with so much metal, the opening bars of first track, ‘For The Kingdom’ sounds like the soundtrack to a shoot-em-up video game. Art imitating art, before the track’s escalating operatics and frantic bpms burst through, propelled by the twin guitar assault and vastly entertaining axe solos, individually from Meyer and Hansen.

‘You Come Undone’ maintains the operatic intensity but is maybe more hard rock than metal. Kiske gets a bit shouty, guitars bite and sting, and the vocal melody soars – although there’s more than a whiff of familiarity to it. Unisonic’, ‘Never Too Late’, ‘Star Rider’ and ‘Souls Alive’ are probably the picks of the debut album, here performed live in front of a noisily enthusiastic Polish crowd. And the pick of these picks is undoubtedly Mandy Meyer’s ‘Souls Alive’.

Here’s what we said in March 2012 (here): “But it’s third track, the towering ‘Souls Alive’ that truly makes an impact here. Full of orchestral pace and power, it recaptures the best moments of melodic metal before it became bloated and ridiculously bombastic. It’s melodic rock with a shiny veneer of power metal, buffed and gleaming, but with just enough grit in the mix to give it contemporary relevance. And a great chorus.” Say no more. 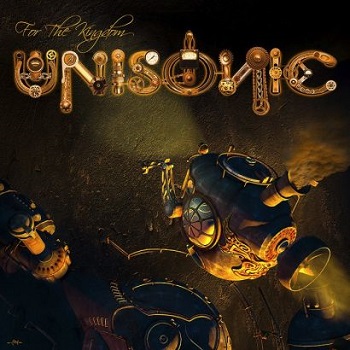