Aaah Oxford… Dreamy spires where intellectuals have gathered for hundreds of year to put the world to rights. The iconic Bodleian Library, punts on the river, hats thrown skywards on graduation day, rusty bicycles, Inspector Morse…. and then there’s Undersmile. This quartet, with the sexes evenly split, could be described as the underbelly of the quintessential English home of academia. The tourists who flock to see the historic colleges, not to mention the Harry Potter and Oxford Ghost tours, won’t know who are Undersmile are, and chances are neither will you. The quartet’s new album Anhedonia gives us the chance to peel back the covers and take a look into the mysterious world in which they reside.

The album is being released by newly launched record label Black Bow, managed by Conan’s formidable frontman Jon Davis. If you’re familiar with Conan’s deadening doom delivery, than you will correctly surmise that Undersmile are not all about penny flutes and whistles. Indeed, opening number ‘Labyrinths’, on the face of it is not about very much at all. So indistinct are the opening few minutes that I started to fear that my car stereo was playing up. An isolated strum of a guitar and some flaky barely audible females voices. There just didn’t seem to be anything there. Just a big hole, a hollow cavern, and no matter how intently I peered in nothing came into focus. But then of course, that’s the whole point. Fully eight minutes into the first song, a veil of evil is thrown across it, as a woman’s disturbing wailing shatters the solitude before it eventually blows itself out.

The album’s seven tracks take you on a longer journey than a London cab driver, finally clocking off at 70 minutes. It’s Undersmile’s second full length release, 2012’s Narwhal their first, but even at this early stage in their musical adventure Anhedonia represents a slight switch in direction. Narwhal was all distortion and fuzz while Anhedonia sees some clean guitar work and even the use of cellos. The make-up of the band is Tom McKibbin on drums with Olly Corona-Brown in charge of the bass leaving the two girls Hel Sterne and Taz Corona-Brown to sing and play guitar. The end product of which is at times a chillingly depressive drone that even the sheer hostility of which is at times difficult to comprehend.

The second song ‘Sky Burial’, after the obligatory slovenly start, does feature some singing of a sort but this is quickly chased along by dark voices muttering away like witches discussing the contents of the night’s pot. Choral chants in ‘Atacama Sunburn’ help create a sense of the gothic but the stop-start nature of the song makes this a bumpier ride than a spotty youth taking his first driving lesson.

Skyhammer Studios is very much the venue of choice for most discerning doom acts these days and Chris Fielding has certainly worked his black magic with this spellbinding exercise in the desperate and the damned. Undersmile’s burgeoning reputation within the cobweb caked crypts of the musical underworld is now sufficiently strong to see them booked to perform at Roadburn in April.

They are the antithesis of ‘popular’ and most people would be driven to distraction by some of their holistically laden harmonies. You can almost hear them asking, ‘When does this record get going’? If you’re asking that question then clearly you walk a different path in life to Undersmile. But if you can feel the force of fractured fragments of misanthropy sucking you inexorably inwards, like dirty water down a plughole, then sign up now for a lecture from these Oxford dons of doom. 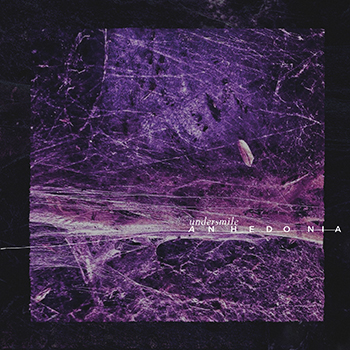