If all you knew of Uncle Bard & The Dirty Bastards was their Celtic rock/traditional Irish sound, you’d be forgiven for thinking they hailed from the Emerald Isle. In fact, they originate from Italy, and so authentic is their music that they’ve toured the world playing renowned festivals such as Toggenburg Irish (Switzerland) and Paddy Wagon (Germany) while supporting acts such as Dropkick Murphys and Flogging Molly. Collecting tracks from a decade of chaos, The Story So Far is the perfect career overview of Italy’s finest “craic” merchants.

As their name implies, Uncle Bard & Co are not the type of band to mess around, and a brief solo is the only preliminary before…pow! and the guys land the quick one, two punch that is ‘The Flat Above My Pub’. Like a high voltage shock to your testicles, there’s an electrical current pulsating through this song (and indeed, the whole album) that makes you writhe and ululate to its irresistible beat. Exploding with exhilaration, this opening shot is delivered at a heart-popping rate of beats per minute, and seems tailor made for a boozy Saturday night (and you can almost see the pint glasses raised in salutation).

Most folk bands hark back to a mythical age, a golden era when the genre was “purer”, yet folk music (especially the rock or punk infused variants) should always be contemporary, and document current issues. And that’s exactly what Uncle Bard deliver in the shape of slacker’s anthem ‘If Only He Applied Himself’ and song-for-the-underdog ‘Gipsy Geezers’. The Story So Far is sequenced like a regular album, and it flows perfectly; it is not all high jinks, and the more reflective ‘Wish’ and ‘Man Of The Storm’ inject a moments of contemplation within the whirl of the Uncle Bard maelstrom.

It’d be easy to draw lazy comparisons between Uncle Bard and bands such as Ferocious Dog and The Pogues, and while they inhabit a similar sonic space, Uncle Bard’s background gives them a unique edge. Their folk/rock mash up is played with punk energy, and it’s that vitality which attracts hardier souls from the metal and hardcore communities. Famed for their energetic live shows (they were the first Italian band to play at the Dublin Irish Festival in Ohio, USA), Uncle Bard manage to capture that effervescence on tape, and while ‘I Only Got One Pint’ doesn’t quite sound the same without 1,000 voices singing along, it comes pretty close.

The Story So Far is the very definition of a ‘best of’ album, and there’s not one duff track amongst this delectable bakers dozen. This collection is equally suited to the newbie, or to those who’re already hip and want a selection of key tracks in one place. With a live album promised for later this year, there’s plenty more to come from this bunch of rabble rousers, but for now it’s time to check out The Story So Far. 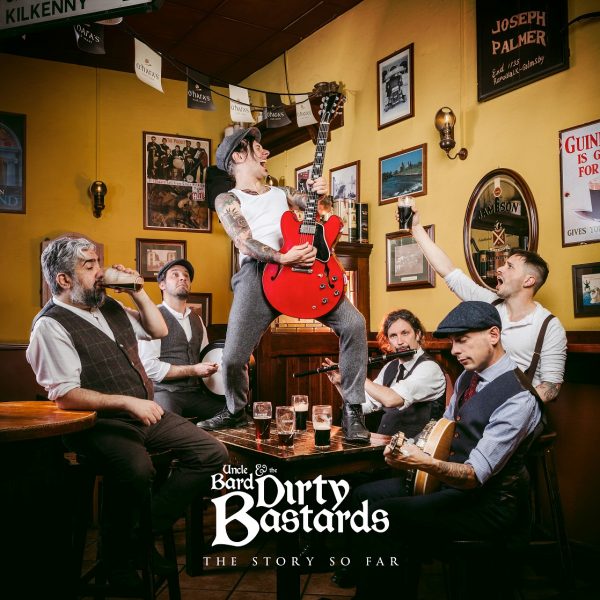