They make it look easy…

As you ready yourself for the thinking man’s white knuckle ride, and as the album’s opening riff hurtles over the horizon toward you, like a precision targeted drone strike, you realise that every rock/metal band in the western world has borrowed a slice of UFO over the years, such is their influence.

You know the back story. Larger than life, Schenker and Way were the tortured artist and the hedonistic bass man. We still associate them with UFO, but of course they are long gone. Schenker has built his own success, Way not so much. The highly talented guitarist, Vinnie Moore is the man now. And has been for 12 years. After dallying with Alice Cooper and a veritable volume of solo albums, he found his spiritual home with UFO in 2003, the year after Schenker’s last fleeting visit. Once known as a neo-classical shredder, he’s not another Schenker and I’m sure doesn’t want to be… cliché perhaps, but Moore is clearly his own man.

The songs, as usual, are something of a force of nature, bruising encounters with life, full of sharp metaphors and guilty parties. From ‘The Killing Kind’s visceral riff and hard found catharsis to ‘Rolling Rolling’s propulsive keyboard and broken promises, the album treats love and relationships like contraband, to be smuggled past the powers that be.

Mogg’s voice still has it. It cajoles, it wheedles, it demands. It has that worn down edge that suggests he’s circled the block many times and danced with the devil more than once. It has that strident authority that carries songs like ‘Run Boy Run’ and ‘Messiah Of Love’ which, in other hands would have come across cliched and hopelessly dated.

Musically, this album is heavy because it’s dense with detail. Mostly provided by Moore. The pursuit of technical excellence can sometimes freeze the music’s soul en route, but Moore’s virtuosity transcends those failings, turning ‘Devil’s In The Detail’ and ‘Precious Cargo’ into twin tours de force. You would think that these abrasive tracks would be difficult to assimilate, but we soak them right up, culminating in the album’s standout track, ‘Sugar Cane’, where Moore’s axe is alive with the sweet and sultry British blues tones of a Jeff Beck or a Gary Moore, and Mogg mugs to a non-existent camera with all his theatrical nous. They make it look easy. 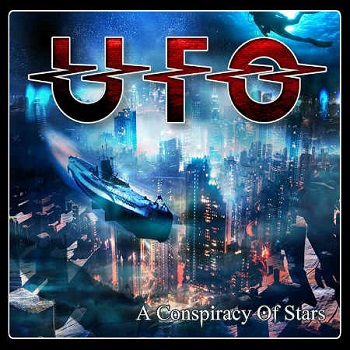