Boom! 30 seconds in to the full-on sleaze rock riff of opening track ‘111’ and it’s more than clear that the Dogs D’Amour are back – and then some! It’s 1988 again and this is vintage Dogs – witty, verbose and rockin’ – mainman and only original remaining member Tyla sounds energised and invigorated. Anyone who was there and loved them back in the day (and how could you not?), prepare for the Dogs D’Amour to be your favourite band again!

So, what is now Tyla’s Dogs D’Amour have released the ridiculously over pledge funded ‘In Vino Veritas’, their first album of new material since 2005’s ‘Let Sleeping Dogs…’ and what a joy it is, 10 cuts of prime swagger, weaving around the gaff with style while managing not to spill a drop. It’s polished yet scruffy, slick yet shambolic and a masterclass in seasoned (and sozzled) songwriting class.

Barely do we have chance to draw breath before we lunge headfirst into ‘Black Confetti’ – Tyla goes epic with a song crammed full of Duane Eddy twang and howling rock ‘n roll saxophone – yes, there’s still sax and it works! ‘Bloodline’ is urgent and melodic, it’s cinemascope riff roaring to a huge conclusion.

And on we go, every song a treat with nary a whiff of filler. Could ‘Bottle Of Red’ be any more Tyla? Opening with the pop of a cork and some more wonky sax, this 100% proof drinking song sounds drunk on life, it’s Tyla’s Bukowski hero worship set to music. ‘Chicago Typewriter’, meanwhile, opens to the sounds of sirens and Tommy Guns and has guitars ahoy, roaring through its brief punk-o-rama duration.

‘I Don’t Love Anyone’ is basically ‘How Come It Never Rains’ – the emotional (broken) heart of the album. Wearing it’s heart on it’s beer-soaked sleeve and boasting a vocal performance that’s been around the block more than once but is brave or insane enough to give love another shot (with ice).

‘Monster’ is a big, crunchy, slide-laced blues full of wailing harp and Hammond while closing track ‘Movie Star’ is balls to the wall, full speed ahead riffery – glorious, noisy, messy, self-mythologizing rock ‘n fucking roll which finally burns out and crawls (elegantly) back to the bar.

It’s a genuine pleasure to have Tyla and co. back, and who’d have thought that the return would be this great! A genuine rebirth, The Dogs haven’t sounded this good or alive since their chaotic, beautiful glory days – they’re on career best form here, gifting us their best album since ‘Straight’ – hell, maybe even ‘Errol Flynn’. Our man Tyla can still get it up. The rebels, the poets, the fuck-ups, the perennial underdogs…they’re back. It’s the Dogs bollocks. 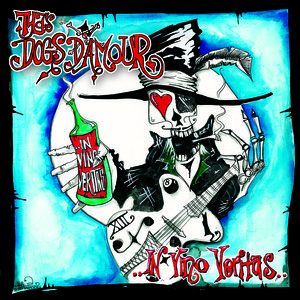