When Tyketto posted on their Facebook page in 2018, along ‘where did the time go’ lines, that it had been 25 years since the release of their second album ‘Strength In Numbers’, the response of the fanbase was immediate and consistent: ‘ how about a tour’, ‘tour’, ‘tour’, and so the ‘Strength In Numbers 25th Anniversary Tour came to be in March 2019, including headlining a night at HRH AOR and a packed night out at the Robin, from where, by the way, the cover shot for this live album was taken.

The band had promised a full playing of the album, plus a couple of extras, but it wasn’t a straight run-through in track order, nor did they play the album in reverse order, as they did to commemorate the anniversary of their debut album, although that was to avoid opening the show with ‘Forever Young’ and risking, as Danny Vaughn put it, everyone going home after the first song. Instead the band chose to open with ‘Inherit The Wind’, a song that puts all the band’s goods in the shop window from the off, with Chris Green’s razor sharp riffing clearing the way for Vaughn’s ever impressive vocals. I suspect even the most detailed and forensic research would never be able to find any evidence that this man has ever played a bad show, and incredibly, his voice seems as good as ever. The latest addition to the band, bassist Greg Smith also puts his mark on this track, some nicely fluid bass working its way around the riff

‘Strength In Numbers’ is a more diverse album than the debut, the band worked in several of their other influences, while still retaining their own identity, and the band use this variation nicely in pacing the set, the opening salvo of rockier tracks gives way to the more reflective ‘Catch My Fall’, before turning the burners back up for ‘Wait Forever,’ a deeper cut that didn’t make the album itself, but was released as the B-side to the single version of ‘End Of The Summer Days’. One nice thing about the album is that a lot of Danny Vaughn’s between-song chat isn’t edited out, allowing him to give some background to the album, and how its release was delayed for nearly two years after the band were dropped by Geffen Records.

If you’re a purist about live albums, and dislike the practice of bands ‘cleaning up’ the album in the studio at a later date, you’ll enjoy that the rarely played ‘Ain’t That Love,’ Vaughn’s tribute to Steve Marriott, one of his favourite singers, includes a bit of a blooper involving a cowbell, but a mention also for Ged Ryland’s excellent synthesiser brass track and some more sinuous bass from Greg Smith, before Danny tries to induce the crowd to reproduce what he calls ‘the gospely girl chorus. The bluesy ‘Why Do You Cry’ is another highlight, before the set finishes with some of the best songs on the album, a terrific ‘Rescue Me’, the superb ‘Last Sunset preceded by the band intros, the emotional ‘Standing Alone’, and finally the tumultuous title track.

Disregarding the fact that it’s a live recording of a single album, rather than a ‘greatest hits’ set, this is a cracking live record. The band recorded several shows, cherry picking the best performances of the individual tracks, the crowd response is far enough forward in the mix to give it a terrific atmosphere, and it also helps that the band are genuinely playing at the top of their game.  For various reasons, a remastered, remixed, bells and whistles re-release of “Strength in Numbers” is probably not feasible, but this is a very, very good alternative. Essential for any Tyketto fan, a terrific souvenir if you were at one of the shows, but well worth your attention if only to check out one of the best yet most underrated melodic hard rock bands around. 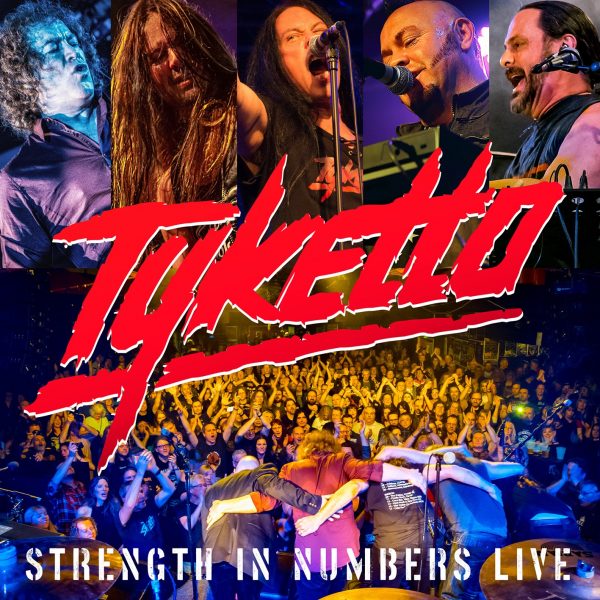