The suitably stylish Bad Touch announce themselves with a thunderous baseline to awaken and revive any flagging daydreamers who dare to venture out on a Tuesday school night. The crowd is heaving in number with a slightly electrified and merry atmosphere, supported by bassist Baileys’ very proud mum who knew every lyric and danced away at the front of the crowd.

Vocalist Stevie looks very dapper, sporting an evil genius tash and full flowing hair while guitarist Seeks effortlessly strums out the chords to ‘Wise Water’ with a dreamy gaze totally transfixed in the music. The band gear up the audience with ‘Something, Someone’, ‘Halfway Home’ and the upbeat track ‘Tell Me Where You Buy Your Jeans’; a mix of rhythmic rock and groovy blues with a rock and roll swagger.   Its not long however till Tyketto are due on the stage.

Having first graced the fair city of Nottingham back in 1991 at Rock City, Tyketto have come a long way since those first few steps into the Midlands from their N.Y.C. base. The band open to a hysterically raucous crowd with the title track from 2012’s Dig In Deep. A young fan told me his entire family grew up listening to the band making them his first voyage into being recruited into the rock dark side of music. Danny Vaughn delivers  the powerful melody piece ‘Faithless’ while serenading the audience bearing a flag celebrating the band’s twenty five year anniversary. Things get bouncy for ‘Strength In Numbers’ while ‘Ain’t That Love’ was a UK live first. Danny later invites us to reminisce with him the days Tyketto lived together in days gone by in Jersey Shore with the track ‘End Of The Summer Days’.

The main thing about the band that struck me was how genuinely humbled they were by the fans, thanking them for their continued support with huge sincerity. Having newly acquired the rights back to his two albums, Vaughn proceeded to perform an acoustic version of  ‘Haunted’. The depth of the song writing is apparent during ‘Standing Alone’ as a couple in front of me share an embrace as the emotional song obviously holds a fond memory between them.

Last but not least, the encore is ‘Forever Young’; the hit that resounds in every Tyketto fan’s memory which is performed to perfection, the crowd lapping up the nostalgia with the chorus being repeated back to the band with immense intensity. And the future for Tyketto? After this fantastic anniversary tour, sets at Hard Rock Hell and Download, there’s no suggestion of retirement yet, with new material showcasing how versiltile the band can be, armed with their magnetic charm and showmanship there really may be no stopping the mighty Ty-ket-to! 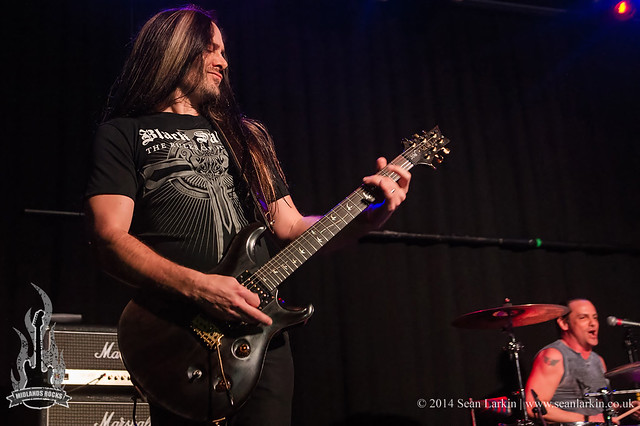