50 years ago Tony Iommi’s doom laden chords reverberated around the globe and it’s heartening that bands are still drawing inspiration from his tombstone tone. One of the more inventive groups carrying the baton are Stourbridge duo Tumanduumband. Self described fans of ‘horror, Satan and doom’ they’re a band who’s fandom really shines through and who’ll appeal to anyone with similar interests, especially those who like their brand of doom soaked in a sludgy fuzz.

This four track EP opens with the punchy ‘All. Your. Fault.’ A short, spoken word intro gives way to a cataclysmic rockfall of a riff that proceeds to stomp like the Hulk on a rampage. However these guys aren’t all about pure bludgeon, employing light and shade there’s a lot of variety on display as huge white spaces and quieter passages only serve to make the heavy sections heavier ensuring when the riffs hit they hit hard. It’s admirable how this duo make such a huge sound, even more so as everything is stripped bare and devoid of frills and solos. Employing the maxim that ‘less is more’ this is primarily an instrumental release (aside from a few choice horror film samples) and it’s a weighty affair that often leaves the listener feeling dwarfed beneath its monolithic enormity. The guys love of horror films manifests itself in a cinematic quality that permeates much of their work and next cut ‘Mask of Satan’ in particular would make the perfect soundtrack to a really cool Hammer flick.

Forsaking a slick production for an earthy sound was a good move as the band focus their attention on atmospherics and the hypnotic bass and drum beats almost transport you to another dimension. Living up to its title ‘Bizarre Tomb’ encases you inside a wall of sound with a satisfyingly dirty bass rumble as Tumanduumband pound the listener into submission. Final track ‘Deathless’ contains a real groove that swings like a pendulum and is highlighted by that tight-but-loose drum style as perfected by Bill Ward. I’m a big fan of two piece bands which, with no place to hide, demand that the musicians be creative and Tumanduumband certainly take up the challenge. Drummer Scott Cooper attacks the drum kit like his worst enemy while Luke Orchard pulls unbelievable sounds from his bass. Both moonlight together in Grindcore legends Vicious Bastard and display a chemistry that ensures they lock in well together and handle the numerous time changes with ease.

Tumanduumband are barely a year old but their eponymous debut release shows a great deal of promise. From the opening sample to the closing crescendo this four track EP stomps all in its path like the Hulk on a rampage. In Tumanduumband they’ve created a towering, gargantuan monster that threatens to crush the listener and doom aficionados will find a spiritual home here. 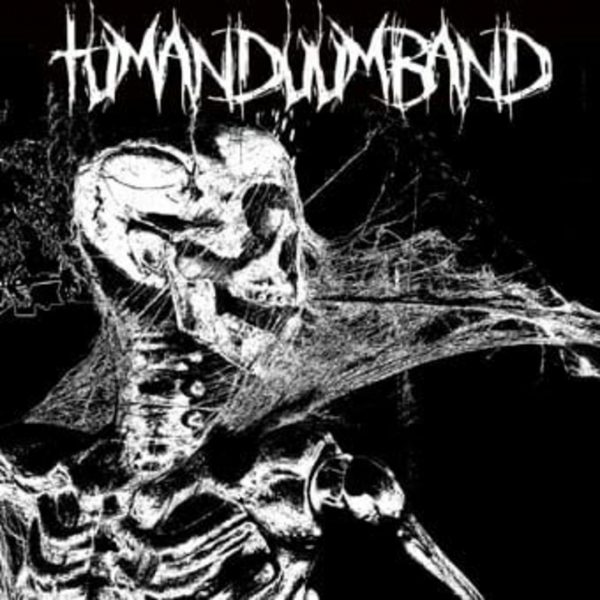