A defining leap for the band…

Genuine questions: does Mark Tremonti ever put down a guitar? Does he shower reciting his harmonic minor scales? Does he sleep cradling his custom PRS model? Does he do his shopping sweep-picking while browsing the vegetable section? Whatever this guy does or doesn’t do, he is no short of a guitar God and Dust delivers just another reason to worship the guy just a tad more.

Leaving no time to ease you gently into the album, Dust blares into the single ‘My Last Mistake’, offering a melodic yet aggressive vocal style as well as an anticipated well-phrased and abstract solo from Tremonti himself. In previous albums, Tremonti’s shredding has sometimes been too shoe-horned in, however, it appears that with this new release the band have really learned their lesson with when it’s appropriate to melt fans’ faces. Unlike most heavy bands, where Tremonti excel is with their ability to construct songs with structures that are undoubtedly progressive and blisteringly brutal yet flow in such a way which is logical for the listener.

Soaring through ‘The Cage’ and ‘Once Dead’, it’s evident how many hours have been put into the production of this album to make it as musically complex as possible, ensuring that each instrument is given the opportunity to break new boundaries since the release of Cauterize. With ‘Catching Fire’ in particular, the band are at their strongest while drummer, Garrett Whitlock, practically runs a marathon firing away at those pedals during the best breakdown Tremonti have composed to date. With all the attention focused on Mark Tremonti, previously it has been easy to overlook the other members of the band’s efforts, however, Dust completely gives each musician their own glossy pedestal while they stand alongside the Grammy Award-winning multi platinum guitarist/singer/genius that realistically everyone knows their band for.

Of course, everyone likes a riff they can bob their head to but of course after half an hour of intense neck jolting and fist shaking, a sit down really is needed no matter how metal you think you might be. Thankfully, ‘Unable to See’ and ‘Tore My Heart Out’ provide quick breathers which give you an opportunity to appreciate how fierce and raw the other tracks on the album are. WIthout this, it would be safe to state that Dust may have become ‘just another metal album with lots of chugs’.

There’s been a defining leap made for Tremonti with this new album. Incorporating just the right percentage of Alter Bridge and post-grunge hardcore elements, Dust is for both existing fans and those who are just joining the Mark Tremonti tribe. No cuts have been made here while even the recording techniques demonstrate how many sleepless nights have been caused by the production of the album (meanwhile I’ll have sleepless nights over its release). Could the future for Tremonti get any brighter than this? 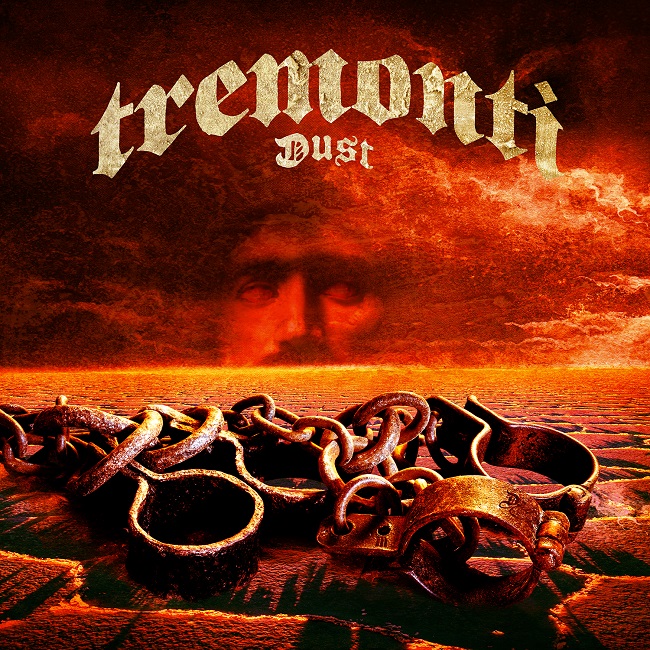