Paul Castles finds the harrowing tales of sorrow captured by Trees Of Eternity on their debut album Hour of the Nightingale, resonate on a deeper level than anyone could possibly wish for – released via Svart Records on November 11.

Trees of Eternity’s debut full length is an album to savour, immerse yourself in and return back to when solace is sought during life’s more painful moments. Agonisingly these are things that the band’s own singer Aleah Stanbridge can no longer do, having tragically passed away earlier this year at a wastefully young age. Perhaps the best tribute to pay Aleah is simply to review the album as you would any other and not get swayed by the sheer emotion that will now forever be sealed around this inspired offering.

Trees Of Eternity is a collaboration between South African born Aleah and Juha Raivio who some will know via Swallow The Sun. The couple’s paths first crossed when the Swedish-based singer joined Swallow The Sun in the studio to add some vocals to a track for the band’s album New Moon, which was released in 2009. The chemistry between the pair led to Trees of Eternity being born and with the assistance of some notable names – Fredrik Norrman (October Tide, ex-Katatonia), Mattias Norrman (October Tide, ex-Katatonia) and Kai Hahto (Wintersun, Swallow the Sun) the first Trees of Eternity album was created.

A familiarity with any of the bands just mentioned will offer up a few pointers as to the musical direction in which this partnership travelled, a delicate veil of darkness through which Aleah’s distinctive vocals bring forward flickers of light. With the album recorded, mixed and mastered by Jens Bogren the seal was set on a sparkling debut release and Trees of Eternity looked set for a bright future, before Aleah’s passing from cancer earlier this year at the age of 39. So she never got to actually hold a copy of the album which was released last month so we have to enjoy and appreciate it on her behalf. 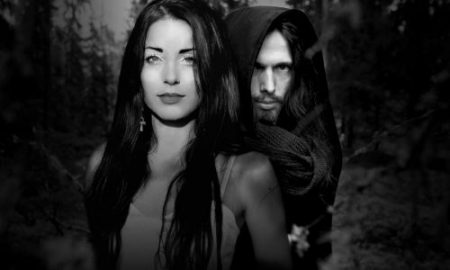 With cruel irony the album begins with ‘My Requiem’ a mesmerising opener in which Aleah’s soft delivery adds colour to a slowburning canvas, reaching out to the corners during the enchanting chorus. The shimmering melancholy extends to ‘Eye of Night’ while ‘Condemned to Silence’ sees Aleah dueting with Mick Moss of Antimatter. While two ex-Katatonia members contribute to the album musically Trees of Eternity are not as dark as the Swedes. There’s a hint of goth going on but the overwhelming feeling is simply one of melancholic heartache and with what we now know the raw emotion and vulnerability is tangible at times. The mood is sombre and reflective while some of the soaring harmonies stir thoughts of Within Temptation among others. ‘A Million Tears’, for example, is every bit as sad as its title suggests, Aleah’s dusty delivery resting across a gently flowing rhythm.

A carefully picked guitar solo opens up the album’s title track, Aleah’s whispered tones barely detectable at first. Further into the song her tone altars, becoming more forceful although the distant arc of the song itself doesn’t change, almost absentmindedly continuing on its solitary path. At the very end the symphonies extend their arms outwards, Aleah stretches her cleanly sung compelling vocals further as the elements come together.

While it’s easy to get submerged in Aleah and the cruel story that has embraced this work we mustn’t allow that obvious pain to detract from some of the magical symphonies that reside here and Juha Raivio, with the help of his band of Scandi brothers has created a sumptuous album that fans will be sure to return to in the years to come. ‘Black Ocean’ for example, smoothes away the rough edges just as the waves do to a pebble during the passing of time. The movements are slow and graceful with Aleah almost sounding lost at sea, not knowing whether her distressed cries are even being heard. The seafaring analogies continue with ‘Sinking Ships’ the embers stirred within enough to fire up a lighthouse on a rocky crag.

The final track, ‘Gallows Bird’ sees Aleah joined by a second soulmate, this time the genial Nick Holmes although the surprise intervention of the Paradise Lost frontman does not come until halfway through this epic closer. His deep devilish bellows and more strident riffage create an entirely different mood and feeling to all that has passed before although it is Aleah who of course has the last word, and that is only right. It’s testament to the strength of this album that Aleah’s name will long be remembered by all with a love for melancholic songs that move you to your very bones. 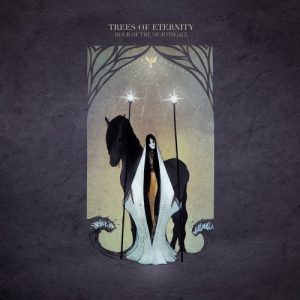