Coming off of the back of her second album 1981’s Blue Meaning, Toyah and her band were keen to capitalise on the success of their first official UK top 50 single ‘Ieya’. Both the live album Toyah! Toyah! Toyah! and the ATV Toyah TV documentary had helped to reinforce her place as “one to watch” as the world moved away from punk into the more refined tones of the new romantics. With a new line-up in place consisting of Phil Spalding on bass, Nigel Glockler on drums and Adrian Lee on keyboards alongside the only surviving original band member Joel Bogen on guitar the band released the Four From Toyah EP which hit #4 in the UK charts and featured her best-known song even today, ‘It’s A Mystery’. By a quirk of fate, a planned concert at London’s 2000 capacity Lyceum (which had been double booked) was moved to the larger 3000 capacity Rainbow Theatre. The former cinema had become an iconic venue hosting the likes of Jimi Hendrix, The Who, David Bowie and The Osmonds so the pressure was on for the pint-sized punk princess.

Titled as Live At The Rainbow, it is that concert which is documented on this latest Cherry Red Records remastered and expanded release. Originally available on VHS, Betamax and Laser Disc, the 53-minute recording is available on DVD for the first time accompanied by the full 19 track set on audio CD. A 16-track vinyl LP is also available which omits the three mono bonus tracks (‘Our Movie’, ‘Revelations’ and ‘Indecision’) from the CD listing.

As the crowd noise fades in Glockler’s hefty drumbeats lead the way before Spalding and the high energy Wilcox takes to the stage joining the rhythm for the chanting ‘War Boys’ pulled from the then recently released Four From Toyah EP. Toyah returns to her musical beginnings with ‘Neon Womb’ displaying her punkier side which she was at this point already moving away from in favour of a cleaner new romantic sound. ‘Waiting’ and ‘Race Through Space’ continue the banshee wails of the Sheep Farming In Barnett era. Following a short introduction, the audience are treated to ‘Angels & Demons’ another cut from Four From Toyah which perfectly displays the story telling skills which had become more apparent on the Blue Meaning album and would be developed even further on the release of the Anthem album later in the same year. Up next a trio of Blue Meaning tracks, ‘Love Me’, ‘Mummies’ and ‘Insects’, making the most of the latest line-up’s crisper more clipped sound before ‘It’s A Mystery’ which despite sounding quite out of place amongst the earlier material with its (Top Of The) pop bounce lights up the hall. ‘Computer’ eases back into an edgier place as bass takes the lead over the electronic warbles of Lee’s keys. 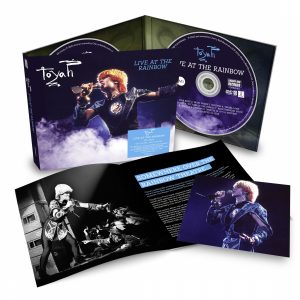 Early single tracks ‘Tribal Look’ (which sums up Toyah’s onstage image at the time) and the pleasantly catchy ‘Bird In Flight’ are punctuated by ‘Ghosts’ which retains the racing bass/keyboard stride of its original studio version. Toyah’s debut single ‘Victims Of The Riddle’ provides an ever-building finale to the main set finally displaying Bogen at full tilt. The bouncy ‘Danced’ was played earlier in the set originally but here is placed before the encore as the fists in the air ‘Ieya’ bids you farewell with a squeal and a punch. And that completes the main audio…however, on this CD you are also treated to three mono tracks taken from the original recording (no stereo mixes have been found) ‘Our Movie’ has something of a Stranglers vibe while ‘Revelations’ channels Gary Numan’s ‘Cars’ and ‘Indecision’ has an attention-grabbing pumping piano accompanying it’s driving riff. Despite the mono mixes these add-ons do not sound out of place in the quality stakes. Wilcox’s energetic presence remains evident throughout the performance even minus the visuals.

The DVD finds the show edited down to 12 tracks from the set with Toyah taking to the stage in Egyptian style tabard like a whirling dervish. All wind milling arms and kicking legs her red hair somehow manages to out bounce the rest of her continually active body. The energy that she still exudes to this day obviously stems from her early persona as her choreographed moves constantly excite the pubescent males which make up the front row and probably much of the sweaty audience. All eyes and cameras are on the central figure with limited band and audience footage adding to the 4:3 aspect and bulky radio mic to date the mostly clear filming. In the occasional shots of Glockler in his headband he already looks like the heavy metal drummer that he went on to become in Saxon, but Toyah’s visual image proves to be the star making this DVD a great addition to the full audio soundtrack. Just a shame that they couldn’t have dug up a few period extras to bulk out the DVD’s content.

As we all know since these formative days Toyah has gone on to record many albums with varying success and in recent years has become something of a national treasure alongside her similarly famous partner in life, Robert Fripp (Sunday Lunch appears in a theatre near you soon). This audio recording completes a trio of live albums recorded between 1980-82 alongside Toyah! Toyah! Toyah! and Warrior Rock when she was at her most rebellious and is a worthy companion.

14. Victims Of The Riddle

6. Victims Of The Riddle 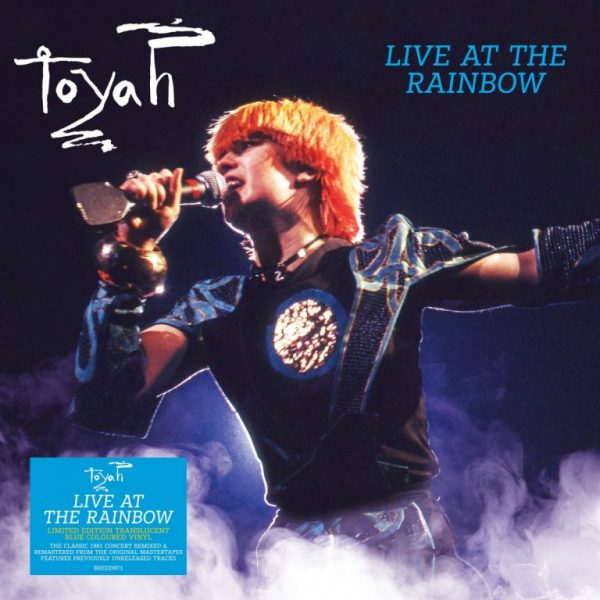