Polish record label Godz Ov War have quickly become the doyen of all that’s good and heavy, having released some of 2022’s best (and brutal) albums. The latest band to appear on my radar are Toughness, a foursome from Poland who formed in the midst of the global pandemic. 2022 has been an exceptionally busy year with the release of a three-track demo, a single and now their debut long-player, The Prophetic Dawn. Mixing doom and death metal to great effect this release will propel them on towards greater heights.

If you like your metal as heavy as hell, then the aptly-titled Toughness are the band for you. Arriving like Thor throwing thunderbolts in every direction, ‘Misanthropy Within Transcendence’ is an impressive opener, and one that doesn’t pull any punches. It’s a maze of riffs through which snakes electrified solos, the bass, with plenty on the bottom end, is bowel-loosening, the drums are earth quaking and Bartek Domanski’s vocals seem to emanate from the very depths of hades. What’s most impressive is that he doesn’t use any effects and his demonic delivery is enough to send shivers down the spine of even the most ardent satanist. It all adds up to an intense experience…and it’s still only the first song!

The Prophetic Dawn benefits from a wide and expansive production that utilises the full dynamic range, and the cavernous sound attained really suits the Toughness style. Stretching in every direction like a nowhere ending sky means that tracks such as ‘Forsaken Entity’ become musical steamrollers sent to crush all in their path. The great thing about this Polish quartet is that they give their fans exactly what they want; they’re not going to go soft on you and try to slip a ballad in or anything, and each song becomes a towering enormity that threatens to topple over the listener at any moment. There’s an atmosphere of danger hanging over this album like a morning mist, and it makes for an arresting listen.

For all their brute force Toughness are far from one-dimensional and there’s plenty of variety on offer here, yet it’s always drawn from the heavier end of the spectrum. Case in point being ‘The Infernal Travellings’ which marries the swing of Sabbath to the dark arts of Celtic Frost and the result is a well-aimed punch to the cranium. I like the way the band employ huge white spaces in between the riffs which, by way of contrast, make them all the more crushing. Toughness aren’t a band to show mercy and proceed to deliver a musical pummelling that delivers brutal song after brutal song and by the time we reach closer ‘Psychological’ you might feel a little punch drunk (but in the best possible way). However, just when you think it’s safe to raise your head, Toughness deliver the knockout blow in the shape of bonus track ‘Synthetic Perplexity’. 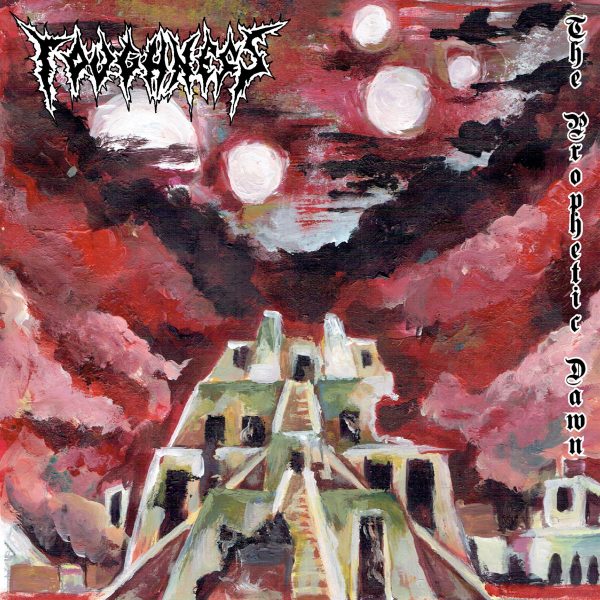