In 1987 Black Sabbath and their revolving line-up was in danger of becoming a travelling circus but it was vocalist Tony Martin (along with Neil Murray and Cozy Powell) who gave the band some credibility back and then produced some of Sabs best albums (Headless Cross, Tyr). However, Tony Martin has also had a stellar solo career and latest release, Thorns, stands proudly as one of his best.

‘As The World Burns’ was the first single to be plucked from Thorns and it makes an equally arresting album opener. With buzzsaw guitars and thunderous drums it has an almost black metal feel, it’s glacial and frostbitten, but the vocals could only belong to Tony Martin and I’m pleased to report that he’s in fine fettle. ‘As The World Burns’ could easily soundtrack a global apocalypse and Tony’s voice floats majestically over the maelstrom. It’s a bombastic blast of rock that renders Thorns totally contemporary and throws down the gauntlet for the rest of 2022. Swinging with a bad attitude ‘Black Widow Angel’ follows and it’s a succubus that entices with a riff heavy groove before ensnaring you with a deliciously dark spell.

The fact that Thorns sounds so good shouldn’t really come as a surprise because Tony Martin has surrounded himself with some top musicians including drummer Danny Needham (Venom) whose unique style adds a real depth to proceedings. Bass duties are shared between Magnus Rosén (HammerFall) and Greg Smith (Alice Cooper) which ensures that ‘Book Of Shadows’ ticks like the Doomsday Clock. The angelic voices are at once ethereal and grandiose meaning that ‘Book Of Shadows’ towers over the listener as if some huge monolithic structure. Thorns is constantly shifting gears, a wheel in perpetual motion, and the result in an album that gathers no moss; it’s a multi-faceted listen that never becomes staid.

Surely Thorns’ biggest revelation is guitarist Scott McClellan who brings to life tracks like ‘Damned By You’ by alternating between thick, treacly, stodgy riffs and fretboard pyrotechnics. Similarly, ‘No Shame’ could trade punches with anything on The Eternal Idol (and probably win) and there’s a heavy, pendulum swing here (and throughout Thorns) that’s rather hypnotic and throwing in a few bars of Chopin’s Marche Funèbre into ‘Passion Killer’ only ups the ante. The twists and turns that comprise Thorns is stitched together by the wonderfully dark lyricism yet, just when you think you can pigeonhole Tony he throws a curveball in the shape of ‘This Is Your Damnation’. It’s jaunty, veritably bouncing along and makes a nice foil for the title track. Bringing a sense of closure ‘Thorns’, alternating between loud and quiet passages and male and female vocals, ends the album on a thoughtful tone.

For better or worse, Tony Martin’s solo work will always be compared to his output with Black Sabbath and, as their second longest serving vocalist, that’s perhaps understandable. Tony was always my favourite Sabbath singer (however blasphemous that may sound) so it’s disheartening that he seems to have been airbrushed out of their history but, as Thorns proves, their loss is our gain. 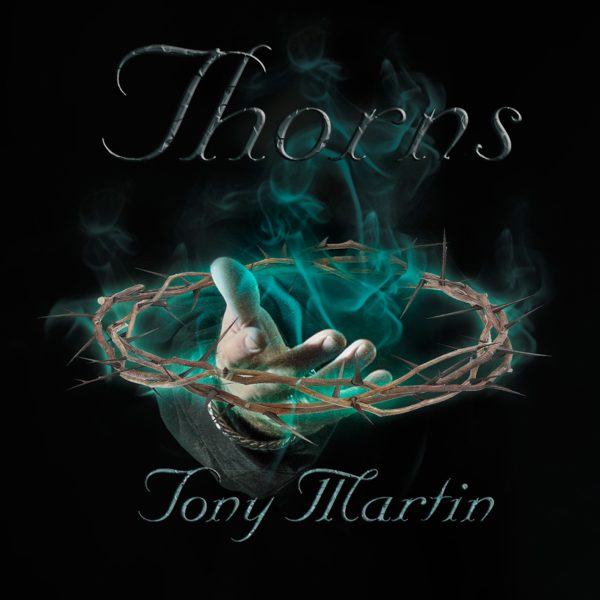