You what now? I hear you cry. Tonstartssbandht! It’s not difficult or wilfull at all – it’s pronounced Ton…erm, Tonst…oh, what the hell, you figure it out. The brotherly Florida based duo of Andy (guitar, vocals) and Tom (drums) White named their band quite fittingly – obscure, long, slippery and somewhat groovy.

So, at 34 minutes and 3 songs, is this an LP or an EP? Who knows and hey, who cares dude, relax and go with the flow, don’t get, y’know, hung up on names and titles man. ‘Breathe’ starts off in a rather Doorsy fashion…gently strummed guitars and a jazzy drum shuffle. The vocals, when they arrive, are floaty and harmonious…full of space and echo in a Fleet Foxes way. The guitars begin to jangle, to ebb and flow, moving in interesting directions around the central theme. Jerry Garcia would be nodding in approval at the next diversion – very Frisco ’67, by way of the repetition of Krautrock. The vocals float around you as the drums tumble insistently, there’s also a hint of Jeff Buckley to this gentle groove. It all moves liquidly (if that’s a thing)…going where you kind of know it will go but getting there in a nice, relaxing way, until it drifts off into a spot of ambient drone.

‘Sorcerer’ takes up the baton and heads into Flaming Lips territory, modern indie psyche, this would have sat nicely on ‘Yoshimi…’. The riff here, when it arrives, is a tad more insistent. It’s somehow darker – more sinister and mildly unsettling, the off kilter beat creating an air of vague discomfort. There are muffled, double-tracked harmony vocals and a groovy not-quite solo. Anyone of a certain age reading this will remember those 70’s tough cop movies where a big name actor (quite often Charles Bronson) would try to be hip…his character having to question someone in a “hippy commune” – this is the kind of music that people would be sat around a fire playing in the background. Naff at the time but retro cool now. It doesn’t really go anywhere. It meanders. Very nicely admittedly, but meander it does.

‘Opening’ is the, erm…closing track. It comes on a bit heavier, like a distorted, slightly beefier ‘Eight Miles High’. And again we are into a mellower moment, despite being long, these songs don’t stay in one place for long. There’s even a bit of a trippy spoken word moment, man. The instruments start to spin and swirl around you, it’s certainly the heaviest moment yet but is it rock? And then, after a spot of effects-laden noodling it happens, a brief, full on rock out! Drums clatter and distortion pedals are stomped on for a scuzz riff fest, a big stoner riff appears, it’s the pay off you’ve been waiting for, the money shot! Then it chills out again, almost sitar like sounds are coaxed from the guitar. It drifts in and out of focus gently, Simon & Garfunkle tweeness jostles with MC5 scruffiness. There’s one more gentle thrust of fuzz and jangle and then, with a snigger and a buzz of guitar being unplugged, it’s over. Interesting. It’s definitely worth a listen but may be a tad too chilled for your average mosher. But give it a go. In one sitting. While gazing into a lava lamp. Take this holistic trip and see what you think…where it, like, takes you baby. 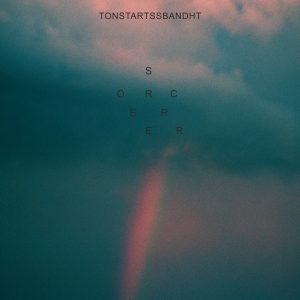