Danger Danger vocalist Ted Poley and Trixter guitarist Steve Brown have a long association dating back to the late ‘80s when their respective bands played the same New York clubs. A union of sorts was always on the cards which finally happened in 2016 and, adopting the name Tokyo Motor Fist, they released their self-titled debut early 2017. Fast forward to 2020 and we arrive at their sophomore effort, Lions, an album that continues the good work of its predecessor and should win the band a whole new fan base.

The brand of metal that Tokyo Motor Fist play reminds me a lot of Christian rock; it’s uplifting and positive with life-affirming lyrics that avoid the standard sword and sorcery fare. The band deliver a bright and opulent sound that’s perfectly exemplified by opening cut ‘Youngblood’. With a shiny guitar that explodes in a golden spectrum it’s a bouncy track that’s made in AOR heaven. Ted Poley’s voice has aged nicely and, dripping with soul, gives proceedings a warm, walnut hue. The following ‘Monster In Me’ is only a few steps removed from pop, but that in no way negates it’s majesty and, if it had been released as a single 30 years ago we can only imagine the damage it would have inflicted on the charts.

After a relatively subdued opening ‘Around Midnight’ throws off the shackles for an all out rocker. Bursting at the seams with an unrestrained effervescence the huge atmospheric chorus is punctuated by a riff that delivers a succession of punches that are counterpointed by insanely catchy hooks. Anyone who grew up near the ‘80s will recognise the sound contained on ‘Mean It’, a song that seems tailor made for FM radio. Ethereal guitars soar around an infectious, sing-along chorus as the production affords Tokyo Motor Fist a huge, but unobtrusive, sound that’s not dissimilar to Journey or Survivor.

‘Lions’ is the obligatory power ballad and it’s a typical lighter-held-aloft, banner waving beauty. Peppered with far eastern flourishes it’s an evocative and emotional slow builder that builds towards a huge crescendo. At 6 and a half minutes it allows the band to spread their wings and is totally worthy of being the title track. Foot back on the metal with ‘Decadence On 10th Street’ for a song that saunters sleazily down the Sunset Strip and when the solo explodes it positions Steve Brown as one of the best guitarists of his generation. Imagine Extreme jamming with Warrant and you’d have something approaching the punchy ‘Dream Your Heart Out’, a song that’s definitely prize-fighter lithe.

I’m picking up Cheap Trick vibes which predominate ‘Blow Your Mind’ before the rhythm section are brought to the fore on ‘Sedona’…and what a rhythm section. Featuring Greg Smith (Ted Nugent, Rainbow) and Chuck Burgi (Blue Öyster Cult, Joe Lynn Turner) they combine to ensure ‘Sedona’  swings with a real groove. In an album that flows perfectly the emotive ‘Look Into Me’ follows before we arrive at closer ‘Winner Takes All’. Very cinematic, it’s a suitably grandiose way to close the album and I’m sure if they ever made another Rocky film ‘Winner Takes All’ would be on the soundtrack.

It’s been a few years since both Danger Danger and Trixter have released albums but Lions is the perfect stopgap and should leave even the most hungry fans sated. 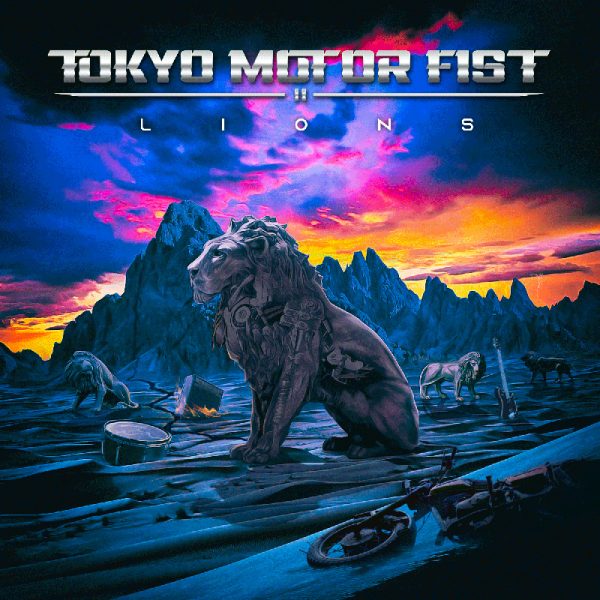